It’s been nearly 4 years since HP launched its TouchPad tablet, only to discontinue it and sell of all remaining inventory at a huge discount a few months later. But while HP stopped supporting the HP Touchpad tablet ages ago, it continues to inspire a healthy community of independent users and developers.

The 9.7 inch tablet originally shipped with webOS software, but developers have been loading new versions of Android on it for years… so it’s not all that surprising to see that the tablet can support Android 5.1.1 Lollipop. 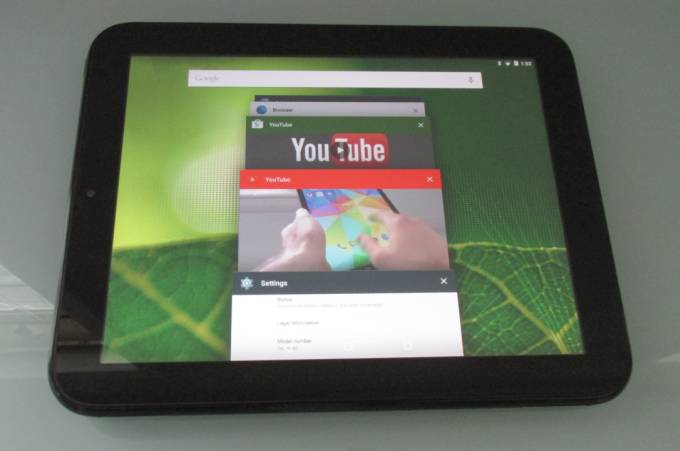 Xda-developers forum member Flintman has ported the Evervolv custom ROM based on Android 5.1.1 to the TouchPad. You can find tips for installing it yourself in a forum post.

I took it for a spin by using the TouchPad Toolbox utility to wipe all the data from my tablet and resize my it’s system partition before installing Evervolv.

Flintman has actually released a few builds of Android 5.1 for the TouchPad in recent weeks, but the last few versions I tested had problems connecting to WiFi and a bug that caused the tablet to treat some single-taps as double-taps (which makes typing with an on-screen keyboard difficult).

A new build from April 27th seems to resolve most of those issues. I was able to connect to WiFi, login to my Google account, type queries using the default keyboard, stream videos from YouTube, and surf the web. The camera app allows me to take pictures although the previews look distorted (the actual pictures do not).

I wasn’t able to connect the tablet to my Bluetooth keyboard (it’s a known issue), but everything else I tried seemed to work.

Keep in mind, the Android 5.1.1 build of Evervolv for the HP TouchPad is still a work in progress, but it’s pretty cool to see that this 4-year-old tablet can run the latest version of Google’s operating system for mobile devices.

During the great HP TouchPad fire sale of 2011, this was probably the best tablet you could buy for $99. These days there are plenty of inexpensive Android and Windows tablets that are thinner, lighter, and faster. But I’m constantly amazed at how independent developers have managed to breath new life into this aging tablet time after time… giving folks who picked one up in 2011 new reasons to keep using their HP TouchPads.

26 replies on “Of course you can run Android 5.1 on the HP TouchPad”