Facebook’s Oculus Rift may be one of the most powerful virtual reality systems on the market… but you also need to plug it into a powerful PC to use the headset.

The company has also worked with Samsung to produce the Gear VR, a cheaper product that works without wires… but which relies on your Samsung smartphone for its display and processing power.

Eventually Facebook plans to launch a standalone headset that doesn’t require a phone or a PC to work. 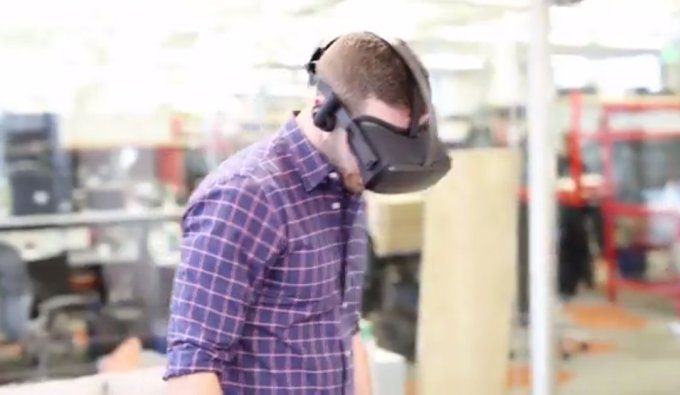 During Facebook’s Oculus Connect event today, the company provided a brief glimpse of a standalone Oculus headset prototype with support for position tracking features. But CEO Mark Zuckerberg says there’s no actual product to announce yet.

Instead, it’s just something the company is working on… and something that it probably makes sense to show off at a time when Google is gearing up to launch its Daydream virtual reality platform and Sony is getting ready to ship its PlayStation VR.

A standalone device probably won’t have all the capabilities of a headset that’s tethered to a PC. But, like Microsoft’s Hololens, it could be a self-contained unit that lets you interact with virtual games, videos, and other content without worrying about tripping over wires.