The Oculus Rift was one of the first virtual reality headsets aimed at mainstream users (or at least gamers). But like most high-power headsets, the Oculus Rift is expensive and complicated: even after price cuts, it sells for $399 and needs to connect to a powerful PC with wires. 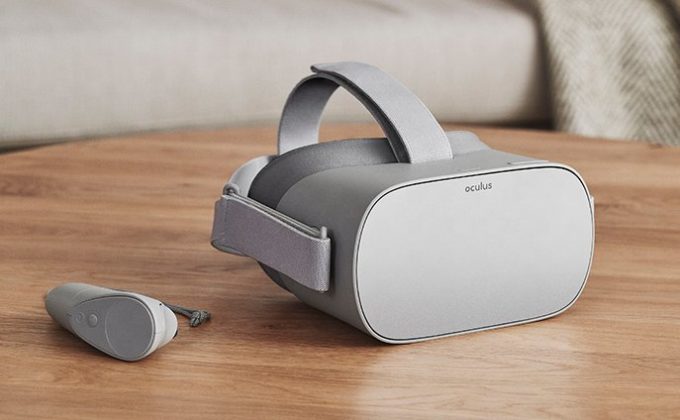 It’s a self-contained headset that Facebook says can be used for games, watching movies, or “hanging out with your friends in VR” using the company’s avatar-based chat system.

Facebook says Oculus Go has a “fast switch LCD” display and “next-generation lenses.” It has built-in speakers, but there’s also a 3.5mm audio jack for plugging in headphones.

While the company isn’t saying much about the hardware or software that powers the Oculus Go, it’s siad to be “binary compatible” with the Samsung Gear VR system, which was developed in a partnership between Samsung and Facebook/Oculus. So it seems safe to say that the Oculus Go is an Android-based device.

The Santa Cruz device supports inside-out position tracking and works with handheld motion controllers. The system is still in the prototype stage and there’s no word on when you’ll be able to buy a Santa Cruz device or how much it will cost. 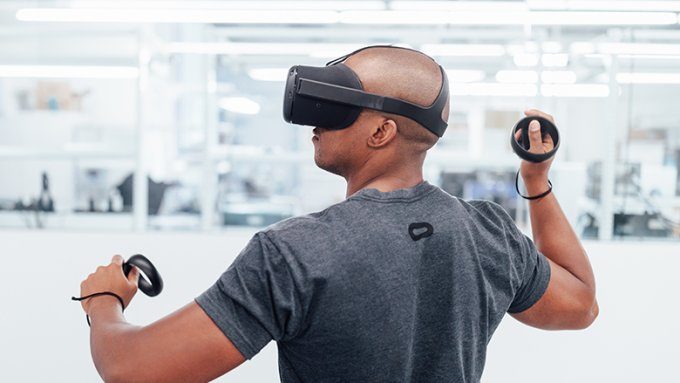