This year two companies launched high-end virtual reality headsets designed to plug into a high-end PC. The Oculus Rift started shipping in March for $600 and the HTC Vive hit the streets about a week later for $800.

But those prices were a bit misleading, since the Vive came with a set of motion controllers and the Rift… didn’t. That’s because they weren’t ready yet.

Now Facebook has announced that the Oculus Touch controllers will be available December 6th, and they’ll cost $199. In other words, once you factor in the cost of the controllers, the virtual reality systems from HTC and Facebook-owned Oculus are pretty much the same price. 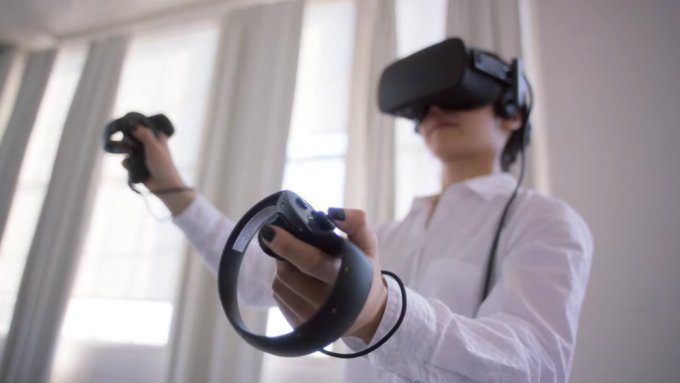 The good news is that you might not need to spend $1000 or more on an Oculus-ready PC anymore. The company says it’s optimized the platform sot hat it can work with PCs that sell for as little as $499, and which have a Core i3-6100 or AMD FX4350 or faster processor, NVIDIA 960 or better graphics, and at least 8GB of RAM.

You can already use an Xbox Controller to interact with games and other Oculus Rift VR experiences. But the motion controllers will use position tracking features to help you physically move through virtual spaces.

Oculus has also introduced a new set of $49 earbuds designed to work with the Rift headset and an optional $79 sensor that lets you set up room-scale VR.

All of those new products go up for pre-order on October 10th and they should ship December 6th.