When the Oculus Rift virtual reality headset first launched, the $600 VR system required a $1000+ gaming computer to work, making the price of entry pretty steep… and that’s even before the launch of the $200 Oculus Touch controllers.

But now Facebook-owned Oculus has launched a new technology that makes it possible to use Rift hardware with lower-priced PCs. 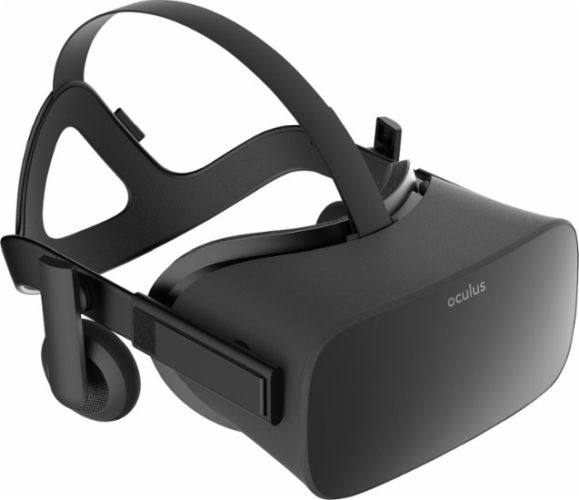 Specifically, Oculus says you need a machine with a Core i3 or faster processor, at least 8GB of RAM, and any AMD RX 400 series graphic card or NVIDIA GTX 900 or 1000 series card.

Last month CyberPowerPC unveiled a $499 Oculus-ready desktop with Radeon RX 470 graphics, and AMD FX 4350 processor. That particular model doesn’t seem to be available for purchase yet, but if you already have a PC that meets the minimum specs, or plan to build one, Oculus says the technology that enables its hardware to work with lower-performance machines is now ready to go.

It’s called Asynschronous Spacewarp (ASW), and in a nutshell, it uses frame-rate smoothing so that your computer’s CPU and graphics card only have to work half as hard to render graphics. The Oculus Rift as a 90 Hz display and previously required a PC that could render 90 frames per second. But now a system can render 45 frames per second and rely on ASW to extrapolate the other frames necessary to make a VR experience look like it’s running smoothly at 90 fps.

The company says in most cases, the experience is nearly indistinguishable from what you’d see if you were using a computer that could render 90 frames per second. But there are some situations where there may be image tearing or other problems… so if you can afford a higher-priced PC, you may be better off buying one.

Or you could just buy a smartphone-based VR system like Samsung’s $100 Gear VR or Google’s $79 Daydream View, which launched today.