There’s no shortage of affordable smartphones on the market, but former Apple CEO John Sculley thinks there’s room for a new type of low-cost phone. His new company Obi Worldphone has unveiled two new phones that will be priced under $200.

The $129 Obi SJ1.5 and $199 Obi SF1 are smartphones with 5 inch displays and Google Android software. But Sculley hopes will set them apart from hundreds of other devices on the market is the unique design and high-quality components. 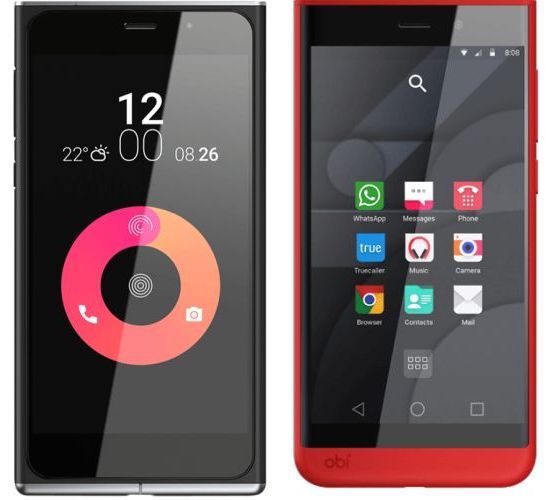 Obi’s smartphones were designed by San Francisco firm Ammunition, the same company that worked with Apple under Sculley’s leadership to develop the original PowerBook and Newton PDA, among other products.

The new phone should be available in select markets starting in October, and Obi plans to offer both of its new phones initially in developing regions including Asia, the Middle East, and Africa.

While both phones are designed to appeal to price-conscious shoppers, you generally get more for your money if you spend a little more for the $199 Obi SF1… at least in terms of hardware. For some reason that model ships with Android 5.0, while the $129 SJ1.5 runs Android 5.1.

Both phones feature the Obi Lifespeed user interface, which includes a custom app launcher, wallpaper, and lock screen. Additional features could be added in the future.

It has a Magnesium-Titanium alloy chassis and a polycarbonate case.

The display features curved edges, which join with the curved sides of the phone, giving the SJ1.5 a more distinctive look than you’d usually find on a phone in this price range. The top edge of the phone is flat, while the sides and bottom are curved.

The screen features Corning Gorilla Glass 3 for scratch protection, and an oleophopbic coating to resist fingerprints.

This model also features curved edges and a flat top, but the SF1 has an unusual “elevated” display with Corning Gorilla Glass 4, which looks like it rests on top of the phone case.

5 replies on “Obi introduces high-style, low-cost smartphones for under $200”