Google Android 8.0 finally has a name. The operating system formerly called Android O will henceforth be known as be Android 8.0 Oreo.

During an event timed to coincide with the peak of the solar eclipse in New York City today, Google unveiled a statue of the newest Tasty Treat that will be on display at the company’s headquarters in Mountain View California.

It’s basically an Android character in a cape with Oreo cookie in its center… or maybe the bugdroid character is in the center, where it’s the creamy filling of the cookie. 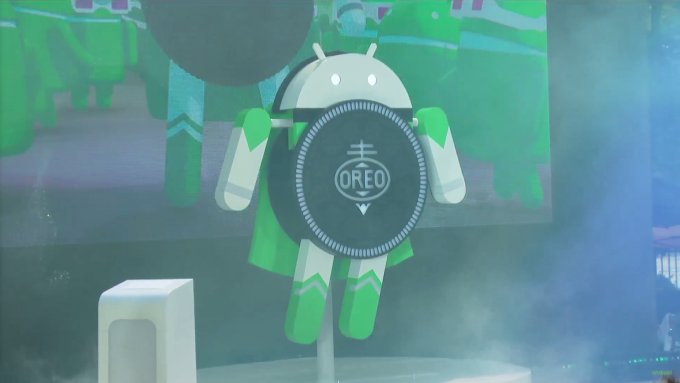 Anyway, the name doesn’t really matter as much as the new features in Android 8.0 (which include multitasking, notification dots, a new autofill framework, and battery life improvements and much more). But ever since Google started giving its Android versions code-names based on “tasty treats,” the unveiling of new names has started to become buzzworthy in its own right.

Android 8.0 should begin rolling out to Pixel smartphones soon, followed by recent Nexus devices and then eventually to third-party phones and tablets.