The New York Times has been trying to find a way to make money while navigating a market that is flooded with free news content. The company’s website has a pay wall that blocks access after 10 views in one month and a subscription-based iOS app called NYT Now was launched a year ago in attempt to appeal to younger readers.

Today, the news organization announced an update to NYT Now that makes all content in the app completely free. So, you can read headline news taken straight from the daily paper’s front page without hitting any pay walls or having to pay $7.99 per month.

The only problem is that the app is only available for iOS with no promise of versions for Android or other platforms in the future. 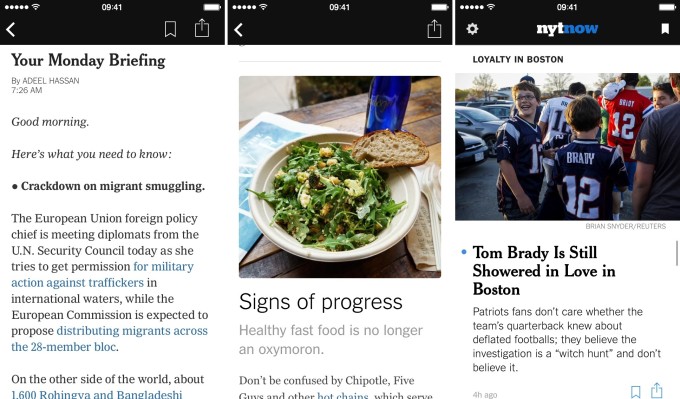 According to The Verge, the New York Times decided to drop the subscription model for its mobile app because there just wasn’t enough interest from the general public. The 20,000 subscribers were mostly made up of readers that already have full New York Times subscriptions.

The app is now ad-supported to help supplement the loss of profits from subscriptions. Content-wise, there are now only about 10 news articles available at a time as opposed to the nearly 25 the app previously offered. However, there is still loads of content from the company’s website posted regularly. So, readers aren’t going to be short-changed with the loss of the subscription model.

The ones that do lose out on the free NYT Now content are Android phone user. For more than a year, the app has been iOS exclusive. A spokesperson for the New York Times told The Verge that an Android version of NYT Now is “not off the table,” but the company is focusing more on perfection the iOS version first.

So, in other words, don’t hold your breath.

8 replies on “NYT Now app goes subscription-free, but not for Android”