It was only about a month ago that NVIDIA unveiled its new 64-bit octo-core mobile processor, Tegra X1. It didn’t take long for the supercharged chip to show up in devices. 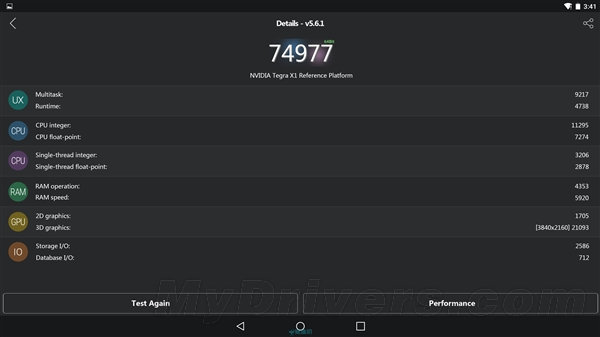 CNXSoft has a comparison of the Tegra X1 next to NVIDIA’s previous Tegra chip, the K1.

By comparison, the X1 zoomed past the K1’s 57,040 score with an overall 30 percent improvement. RAM operations is also about three times faster with RAM speed at 20 percent faster.

The Tegra X1’s 256-core Maxwell graphics pushed the 3-D graphics limit to 21,093, which is only a slight improvement over the K1 device’s 3-D graphics performance. However, CNXSoft notes that it is due to the fact that the X1 test was done on a device with a higher resolution. If the comparison were made on the exact same model, it would have spiked even higher.

The X1 chip, which supports 4K video playback uses four ARM Cortex-A57 CPU cores and four lower-power Cortex-A53 cores, which together with the Maxwell graphics cores, is more than enough to outpace all competitors around.