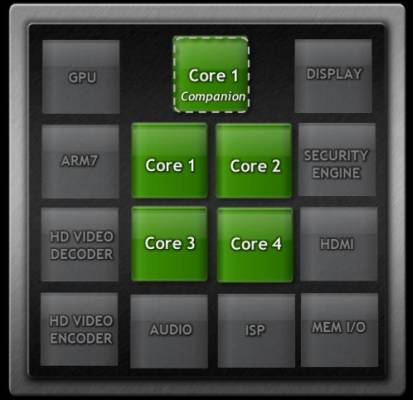 NVIDIA has been talking up the company’s upcoming Kal-El processor for months, promising better performance and lower power consumption in its next-generation chip for mobile phones, tablets, and possibly even Windows 8 computers. Up until now NVIDIA had suggested that the Kal-El processor was a quad-core chip, but it turns out there’s actually a fifth processing core tucked away in there as well.

The company revealed the presence of the extra core in a white paper on multi-core computing released today.

Here’s how it works: there are four ARM Cortex-A9 processing cores that can be run at high speeds when necessary. But there’s also a new, lower power processing core which NVIDIA says uses vSMP (PDF link), or Variable Symmetric Multiprocessing tech. 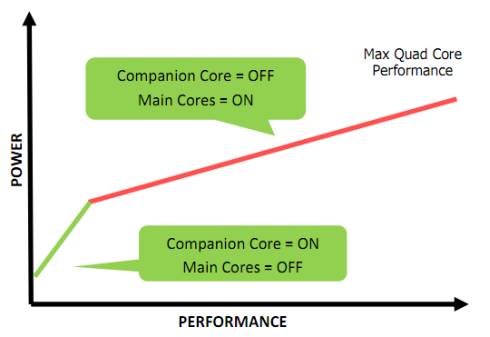 This processing core can take over when your device is in standby or when you’re just listening to music or performing certain other tasks that don’t require much power. It will help prolong the battery life of your mobile devices. 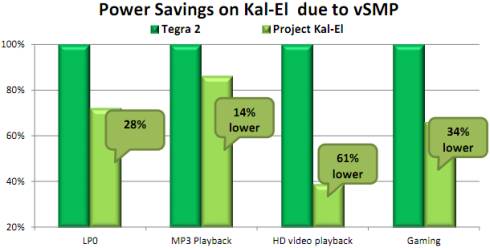 While you might think that a quad-core, or five-core processor would use more power than a single-core chip, the opposite is actually true. That’s because you can run all four chip cores at 300 MHz and use less power than you would get running a single-core processor at 1.2 GHz while achieving similar performance. Work can also be divided between cores so that a single core doesn’t have to handle every job, and you can also have the chip to shut off processing cores when they’re not in use.

We could start seeing devices with Kal-El chips later this year or early next year as NVIDIA pushes out the successor to the popular NVIDIA Tegra 2 dual core chip which dominates the Android tablet space right now.