There’s no shortage of Android games in the Google Play Store, but fans of PC and console gaming may soon have a new option for playing PC titles on an Android phone or tablet. 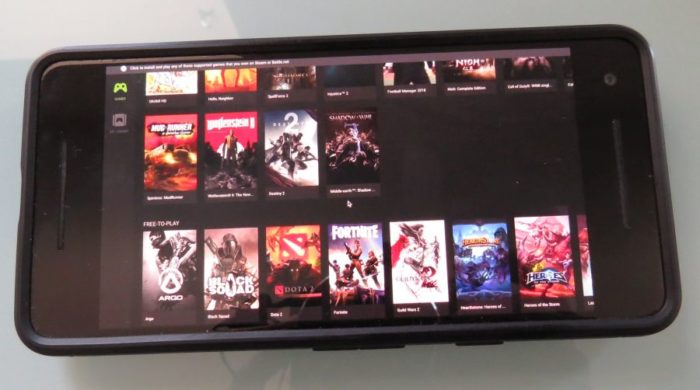 GeForce Now currently supports streaming games to a PC, Mac, or NVIDIA Shield device. But NVIDIA says the service will exit beta “in the coming months.”

The service has a few advantages over traditional PC gaming. For one thing, you don’t need a computer with bleeding edge hardware to play — you just need a speedy internet connection. That’s because all the hard work is done by NVIDIA’s servers, while your local device just works as a display and controller.

Second, you don’t need to buy games on a disk or wait for a title to download and install. Since the game is also running on a remote server, you can start playing a new game almost immediately. And any available updates are applied automatically.

That said, you do need a fast internet connection to play, and even then there will be a little bit of latency which could put you at a disadvantage when playing against opponents with fast reflexes and a local connection.

NVIDIA also has yet to announce the final pricing for the service. It’s been free while in beta — although you do have to pay for access to specific games.

The upcoming Android mobile app for GeForce Now will be a beta at launch, with NIVIDIA promising to “continue improving and optimizing the experience” over time. The company does recommend using a Bluetooth game controller with your Android phone or tablet, since “some games will be unplayable on an Android phone without a gamepad.”

GeForce Now with RTX will be available initially in Northern California and Germany before eventually rolling out across North America and Europe.

NVIDIA isn’t the first company to bring support for game streaming to mobile devices — and it probably won’t be the last. While previous companies including OnLive and GameFly are gone, Google and Microsoft are both getting in on the game streaming action this year.