Last year NVIDIA introduced a mobile processor with 192-core Kepler graphics. This year the company’s stepping up its game with the Tegra X1 chip. 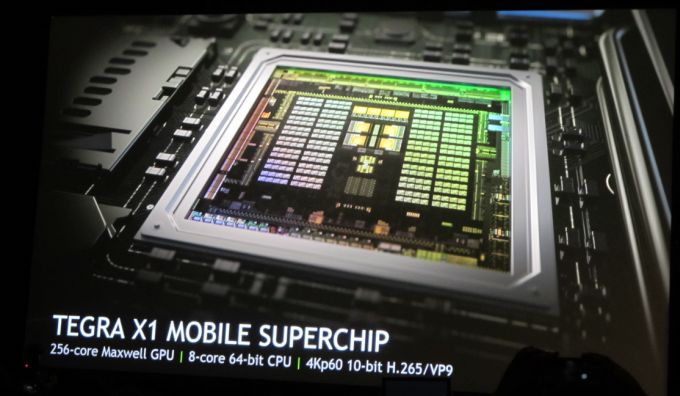 Up until now the chip had been known by its code-name, Arista.

Among other devices, NVIDIA is positioning the Tegra X1 as a processor for in-vehicle systems with multiple displays (for entertainment, navigation, and vehicle information) thanks to a new in-car controller system called NVIDIA Drive CX which includes the Tegra X1 chip and software that allows car makers to customize their own solutions.

NVIDIA is also launching a more powerful system called the Drive PX which has 2 Tegra X1 chips that can work in parallel or as redundant processors.

The Drive PX is designed for self-driving cars or vehicles with advanced assisted driving technology. The system can support up to 12 HD cameras and can process 1.3 billion pixels per second to create a model of the environment around the car so that your vehicle knows where it is in position to other objects so it can plot a safe driving path.

Want a more detailed look at the technology used in the NVIDIA Tegra X1? AnandTech reports the chip uses 4 ARM Cortex-A57 CPU cores, 4 lower-power Cortex-A53 cores, and NVIDIA’s own software for allowing them to work together (and with the Maxwell graphics cores). The site also has initial benchmark results and analysis.