The ability to beam content from a device to an HDTV or other large display is a coveted feature, especially now that media is spread out across tablets, smartphones, laptops and other portable devices. There are several different solutions, such as Intel’s WiDi, DLNA, Apple’s AirPlay and more, there is no universal standard yet. 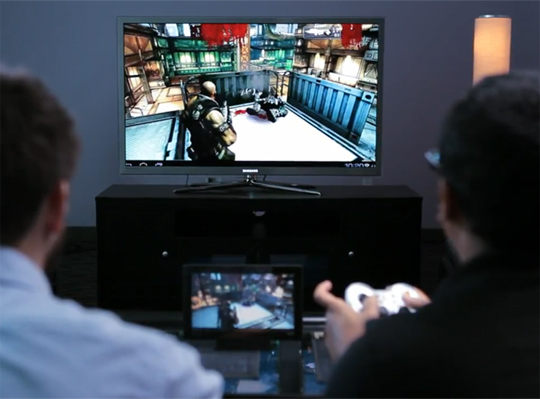 The Wi-Fi Alliance hopes to change that soon with the introduction of the Miracast wireless display standard. Just like b/g/n wi-fi, Miracast can be built into devices and displays, making it easy to connect and start streaming in just a few seconds.

The certification and specs will be available to manufacturers soon, so Miracast-enabled devices are on the horizon. Nvidia, makers of Tegra chips for tablets, smartphones and Windows RT, announced that devices running on their platform will be able to stream pictures, HD videos, and even high-performance games via Miracast.

The ability to beam GPU-intensive games to bigger screens without latency issues is great news, especially if you’re a hardcore gamer. Imagine sitting on your couch with an Alienware rig blasting zombies on your 50+ inch television without the worry of wires.

For you tablet gamers, Nvidia envisions a world where you pair a controller and a Miracast display with a mobile device and go to town. Check out the video for more.