NVIDIA’s SHIELD handheld game console is a portable gaming system which looks like a 5 inch display tacked onto an Xbox-style controller. It’s powered by a Tegra 4 processor, runs Google Android, and has a 720p display.

While NVIDIA had planned to open general pre-orders for the SHIELD next week, the company’s moved the date up by a few days, and now anyone can pre-order a unit for $349 from Newegg, GameStop, Canada Computer, or directly from the NVIDIA website. 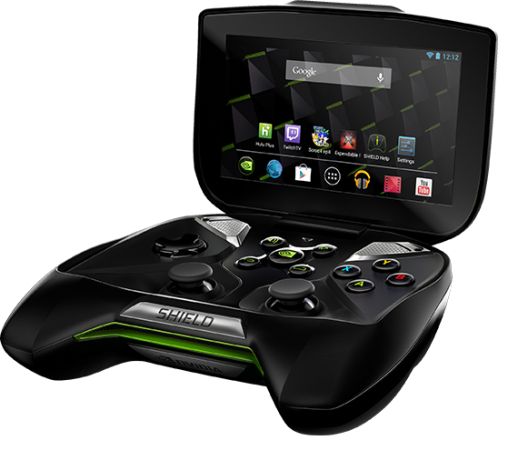 For $349 you get a portable game console with one of the fastest ARM-based chips on the market, a built-in game controller, 802.11n WiFi with multiple antennas for improved performance, and two free games: Sonic 4 Episode II THC and Expendable: Rearmed.

It’s expected to ship in the US and Canada in June.

The SHIELD is NVIDIA’s first foray into selling a standalone consumer device. Up until now the company has designed graphics cards and processors, and most users encountered NVIDIA products when they bought a PC, graphics card, phone, or tablet featuring NVIDIA technology.

In some ways SHIELD is a system designed to showcase the Tegra 4 chip. But it could also represent a major shift in strategy for NVIDIA if the product takes off. And SHIELD could be a tough sell for anyone other than hard-core gamers.

SHIELD is launching at a time when portable game consoles from Sony and Nintendo are fading in popularity thanks to the rise of games for Android, iOS, and other mobile platforms.

But the design of the device makes it a gaming console first and foremost, although it also has all the functionality you’d expect from an Android tablet. In other words, SHIELD is probably only a replacement for a Galaxy Tab, Nexus 7, or Asus Transformer if gaming is the primary thing you expect to do with your tablet.

And at $349, NVIDA SHIELD is more expensive than most entry-level tablets or portable game systems. 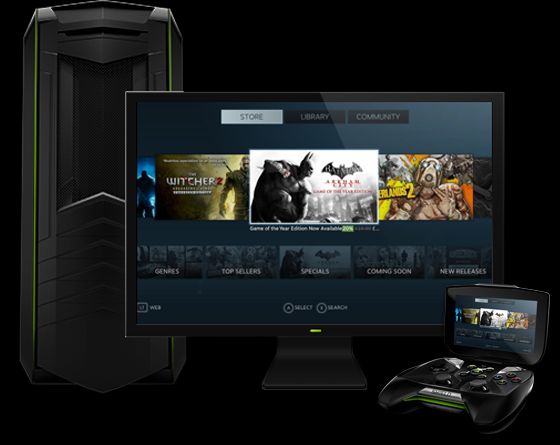 Still, it has a few features you won’t get from the competition, including the high quality game controller and the ability to stream PC games from a computer on your home network, letting you play the latest PC titles from anywhere in the house.