NVIDIA launched an updated version of the NVIDIA Shield Android TV box this month. But what about the company’s other Shield products?

The original Shield is an Android-powered handheld game system that was released in 2013, and the Shield Tablet launched a year later.

Despite a series of leaks suggesting that new models were on the way, NVIDIA has yet to issue a major hardware update to either platform. But it does look like NVIDIA was at least considering updating the Shield Portable at one point. FCC documents show us what it would have looked like. 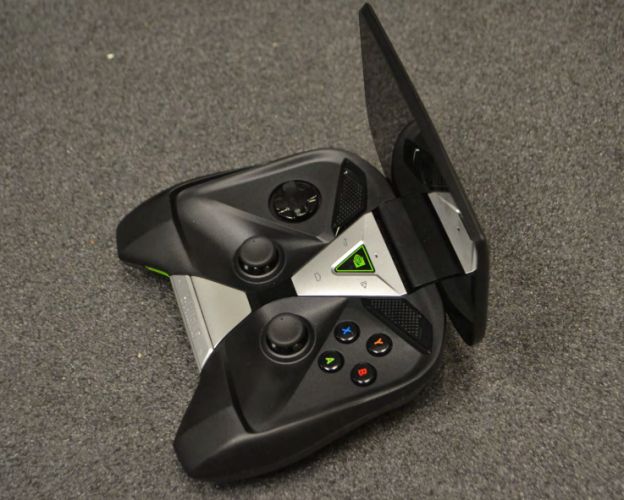 Last summer NVIDIA submitted information about a revised Shield handheld to the FCC, but pictures and some other documents were covered by a confidentiality agreement… which expired this week.

Redditor k2kevin revisited the FCC listing and found a bunch of pictures of the unreleased device.

The fact that the confidentiality request has expired and the product hasn’t been released may be an indication that NVIDIA has scrapped plans to ever release a second-gen Shield handheld. But it could also just be a sign that it’s taking the company longer than expected to bring it to market.

For the most part, the updated handheld looked a lot like the original: it’s basically a game controller with a display that folds down over the gamepad when it’s not in use. But the screen bezels seem to be smaller, the buttons near the center of the game controller seem to be arranged differently, and the speakers are black instead of silver.

A document attached to the listing also describes a major hardware upgrade: the new Shield Portable would have had an NVIDIA Tegra X1 processor (up from a Tegra 4 chip), a 5.66 inch, 1440 x 810 pixel display (up from a 5 inch, 1280 x 720 pixel screen), and support for 4K content as well as support for GeForce game streaming at resolutions up to 1080p and 60 frames per second.