One of the things that sets the NVIDIA Shield handheld game console apart from other portable Android devices (aside from the built-in game controller) is the ability to stream PC games over a network. Up until now you’ve been able to do that by loading PC games on a computer with an NVIDIA graphics cards and streaming them to your mobile device on a local network.

Now NVIDIA has started testing a cloud gaming service. Beta testers can stream games straight from the internet, without turning on their PC at all. 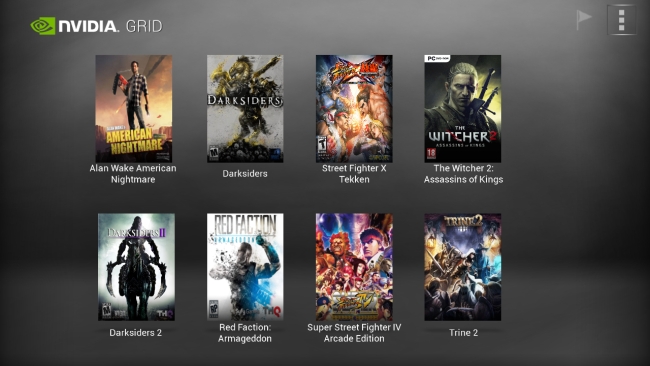 The beta program is pretty limited at the moment. To participate in the NVIDIA Grid Cloud Gaming Beta, you’ll probably have to live in Northern California.

That’s because the test servers are set up in San Jose, California and NVIDIA requires users to have an internet connection with at least a 10 Mbps download speed and a home network with a ping time of 40 ms or less to those GRID cloud gaming servers.

If you’ve got an NVIDIA Shield, live in the area, and want to give it a try, you can download the GRID Beta app from the Google Play Store.

The beta period will run for at least three months, during which time users will be able to stream any available games for free.

NVIDIA promised we’d see this sort of cloud gaming service when the company introduced the Shield handheld gaming console and its GRID servers in January. It’s taken almost a year to start a public trial, but it’s good to see NVIDIA delivering on that promise.