NVIDIA’s new game console with a Tegra X1 processor and support for 4K content is now available for $199 and up.

The NVIDIA Shield Console runs Google’s Android TV software which lets you stream internet video, play Android games, and run other apps on your TV. But it also supports NVIDA’s GameStream and GRID technology which lets you stream PC games from the cloud or from a gaming computer connected to your home network. 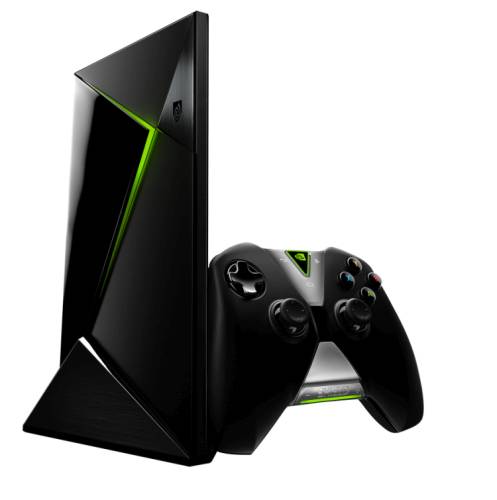 The Shield Console features NVIDIA’s 64-bit, 8-core processor with 256-core graphics and support for 4K content at up to 60 frames per second.

For $199 you get a model with 16GB of built-in storage. Or you can pay $299 for an NVIDIA Shield Pro with 500GB of storage. The Pro model also comes with one free game: Borderlands: The Pre-Sequel. For a limited time NVIDIA is also offering customers a $30 Google Play Store credit and a 90-day subscription to Google Play All Access.

Optional accessories include a $50 remote control with voice search, a $30 stand, and additional controllers which sell for $60 each.

So is the Shield console any good? Maybe.

It’s certainly the most powerful device of its type to launch to date, and with a starting price of $199 it’s a lot more affordable than the latest Xbox or PlayStation consoles.

On the other hand, while there are some great games for Android it’s not hard to run out of space if you install a few of them on the 16GB model (which has only 10GB of available storage). Gizmodo notes that you’ll probably want to add a microSD card if you opt for that model. And if you opt for the more expensive model, maybe you should just consider buying a PS4 or Xbox One?

On the other other hand (are we back to the first one?) The Shield has one more trick up its sleeve: it lets you play PC games in the living room without sticking a gaming PC next to your TV. GameStream lets you stream games over your home network if you’ve got a gaming system with a compatible graphics card and a fast enough network. GRID is a subscription service that lets you stream games over the internet.

Both of those options will let you play many high-quality games that might not otherwise be available on an Android game console. The performance might not be quite as good as on an actual gaming PC, but the fact that you don’t need to put a liquid-cooled monstrosity in the living room might help make up for that.