NVIDIA has introduced three new entry-level graphics processors for laptops that are expected to arrive in spring, 2022.

The new NVIDIA GeForce MX550 appears to be a modest update to last year’s MX450, while the new GeForce MX570 should bring better performance and efficiency thanks to an architecture update from Turing to Ampere. And then there’s the NVIDIA GeForce RTX 2050, and awkwardly-named chip that seems to be more of a stripped-down RTX 3050 than a true 20xx series chip. 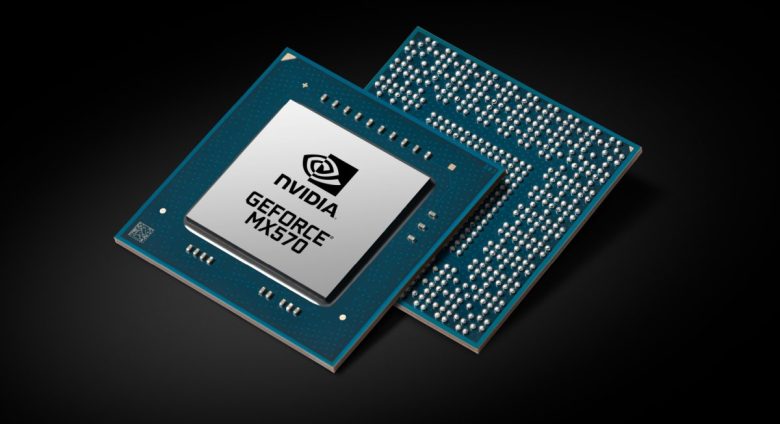 The MX series GPUs are low-power parts that are typically a step up from the integrated graphics offered by Intel or AMD, but which tend to lack the kind of horsepower you’d need for things like ray-tracing or AAA gaming. These chips are often found in thin and light laptops where it might be impractical to put a more power-hungry GPU.

While NVIDIA says the MX550 offers “more CUDA Cores and faster memory speeds” than its processor, there’s no mention of an architectural change, suggesting it’s based on the same NVIDIA Turing technology.

The new MX570 processor, on the other hand has “more power-efficient CUDA Cores” as well as faster memory speeds, and NVIDIA says it’s a solution for “faster photo editing, video editing, and gaming compared to the latest integrated graphics.”

As AnandTech points out, that most likely means that it’s an 8nm Ampere chip with a GA107 GPU rather than a 12nm Turing chip with a TU117 GPU like the MX550 and MX450.

NVIDIA’s new GeForce RTX 2050 is the strangest new GPU we’ve seen in a while. While the name would suggest that it’s part of the RTX 20xx laptop graphics lineup first introduced in 2019, NVIDIA told AnandTech that the new chip features a current-gen Ampere GPU rather than previous-gen Turing graphics.

But… it’s the lowest-performance Ampere GPU to date, with the same number of CUDA Cores as the RTX 3050, but lower clock speeds, lower memory bus bandwidth, and a lower TDP range. Given that many gamers have found that the RTX 3050 is barely able to handle real-time ray tracing, it’s likely that the RTX 2050 is going to be a less-than-ideal solution for serious gamers.

But RTX 2050 is still a step up from MX570, which could make it useful for folks who are more interested in other activities that require hardware-accelerated graphics like multimedia editing.

It’s likely that PC makers will begin to announce new laptops featuring NVIDIA’s latest entry-level graphics solutions at the Consumer Electronics Show in a few weeks. Meanwhile, for a deeper dive into what we do and don’t know about the new GPUs, I’d definitely recommend checking out that AnandTech article.