NVIDIA is refreshing its entry-level discrete GPU for thin and light laptops. According to the new product page for the NVIDIA GeForce MX450 graphics processor, the new GPU supports GDDR5 and GDDR6 memory and PCIe 4.0.

There aren’t many other technical details listed, but we probably won’t have to wait long to see laptops with the new GPU. The upcoming Lenovo Yoga Slim 7 Pro will be available with optional support for MX450 graphics, according to details that leaked earlier this summer. 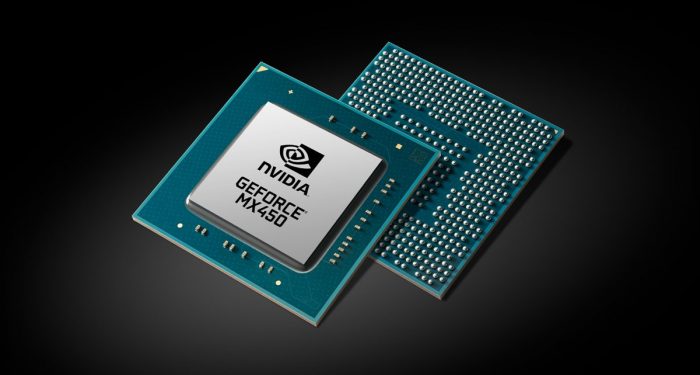 NVIDIA’s MX series GPUs are designed for thin, light, and low power laptops. They don’t offer the same level of performance as the company’s GTX and RTX graphics cards. But they’re generally a step up from the integrated graphics that Intel and AMD have built into their laptop chips in recent years.

It’ll be interesting to see whether that continues to hold true now that Intel is ramping up its integrated graphics technology. Intel’s 10th-gen “Ice Lake” processor with Iris Plus graphics already offered about twice the graphics performance of previous-gen processors with Intel UHD graphics. And when 11th-gen Intel “Tiger Lake” chips with Intel Xe integrated graphics ship later this year, they’re expected to double graphics performance yet again.