PC makers are starting to ship laptops with NVIDIA’s new GeForce MX250 GPU. It’s an entry-level GPU from the company which means it’s probably not going to satisfy gamers who want advanced features like ray tracing, but should be a step up from the integrated graphics available from most notebooks with 15 watt Intel or AMD processors.

For the most part NVIDIA MX250 is pretty much the same as the MX150 graphics that NVIDIA started offering in 2017… but the clock speed is a bit higher, which should lead to better performance.

But there’s one thing that hasn’t changed — the folks at NotebookCheck report that once again are actually two different versions of NVIDIA’s new entry-level mobile graphics solution:

Unsurprisingly, the 25 watt version offers better performance… at least 30 percent better, according to NotebookCheck. Unfortunately, there’s no easy way for shoppers to know which version of the graphics chip they’re getting because PC makers just advertise that their systems feature MX250 graphics and leave out any indication of which version. 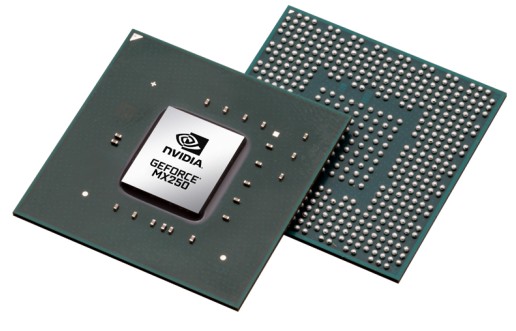 There’s certainly a case to be made that the 10 watt version is a better solution for some customers. The lower power consumption means you’ll probably get better battery life and PC makers may be able to include the GPU in thinner and lighter computers. But it’d be nice if you knew which version you were going to get.

So if you’re in the market for a new laptop with NVIDIA GeForce MX250 graphics this year, you might want to wait until independent reviewers get their hands on a device and let you know what you’re actually getting before pulling out your wallet.