NVIDIA’s SHIELD is a handheld game console with a Tegra 4 quad-core processor, a 5 inch display, 2GB of RAM and 16GB of storage. The company introduced Project Shield at CES earlier this year, and now NVIDIA has announced a price and has started taking pre-orders.

Folks who registered for the newsletter at shield.nvidia.com can already pre-order one for $349. You can also sign up today to place an order.

The general public can start placing pre-orders May 20th. 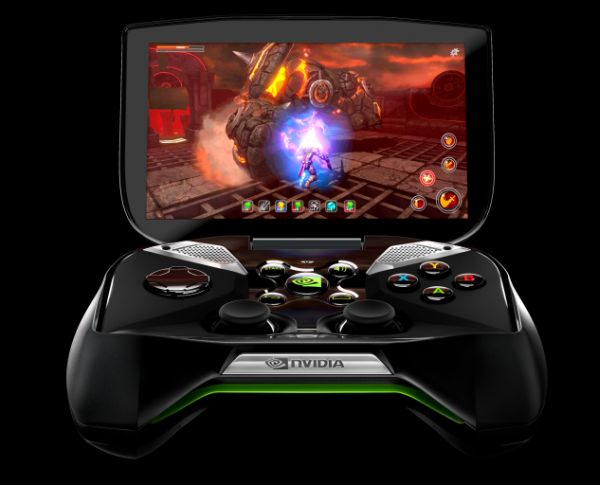 NVIDIA says the SHIELD game system will be available at retail stores in June from stores including Newegg, Gamestop, Micro Center, and Canada Computers.

The game console basically looks like a video game controller with a 5 inch display tacked on. But under the hood it has the guts of a bleeding edge Android phone or tablet.

It’ll be one of the first devices to ship with an NVIDIA Tegra 4 processor featuring 4 ARM Cortex-A15 processor cores and 72 graphics cores. It has a 720p multi-touch display and supports 802.11n WiFi, Bluetooth, and GPS

There’s also HDMI output so you can play games on your TV.

NVIDIA says there will be at least a few games designed to take advantage of the hardware including Broken Age, Flyhunter:Origins, and Skiing Fred.

SHIELD is also designed to work with NVIDIA”s GeForce game streaming service which is now available in beta. It lets you stream high-end PC games from your PC to your mobile device. In other words, if you’ve got a PC with a supported NVIDA graphics card you can turn on your PC and stream games over your home network to a SHIELD device so you can play anywhere in the house.

Here’s a demo video from January, back when the device was still called “Project Shield.”