NVIDIA may not be making smartphone chips anymore, but the company is still producing low-power, high-performance computing platforms. The recently launched Nintendo Switch game console is powered by an NVIDIA processor, and NVIDIA continues to push its solutions for enterprise products including automotive and industrial solutions.

A few years ago the company launched the Jetson TX1 system-on-a-module to help developers build products around the company’s Tegra X1 processor.

Now NVIDIA is introducing the Jetson TX2 board, which features a higher-performance processor that had previously been codenamed “Parker.”

NVIDIA says the Jetson TX2 can either offer twice the performance of the older model… or twice the power efficiency. 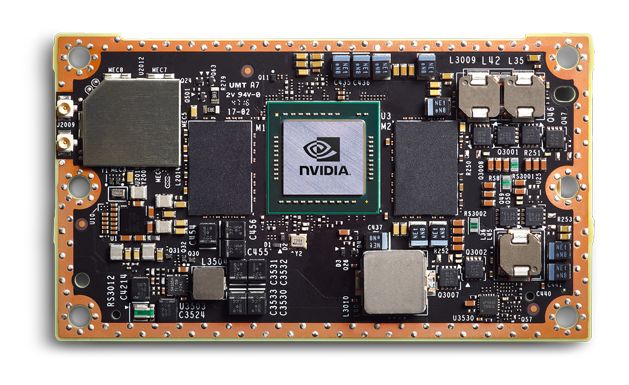 That means you have a choice of:

The Jetson TX2 module measures about 3.4″ x 2″ and features Gigabit Ethernet, 802.11ac WiFi, Bluetooth, 8GB of RAM, and 32GB of eMMC storage. It supports 4K60fps video encoding and decoding and up to 6 cameras (for security systems or machine vision systems).

At its heart is a processor that features:

NVIDIA says a Jetson TX2 developer kit with the module and a carrier board (adding input and output ports, among other features) goes up for pre-order today for $599 and begins shipping March 14th.

Meanwhile, the older TX1 Developer Kit is still available. But its price has dropped to $499.