As you might expect, there’s a new developer kit based on the Tegra X1 processor, and it’s called the Jetson TX1. But once you’ve designed a product around the platform you can buy a complete Jetson TX1 system-on-a-module instead of just the chip.

The Jetson TX1 developer kit goes up for pre-order today for $599 and it begins shipping November 16th. Some customers will also be able to get a discounted educational version for $299.

The credit card-sized TX1 module will be available in the first quarter of 2016. 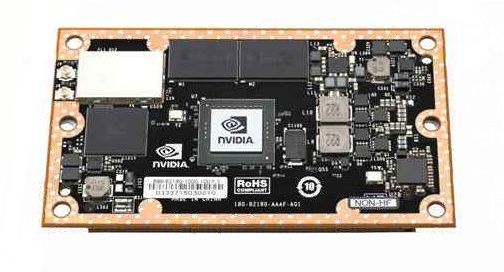 NVIDIA says the system-on-a-module will be sell for about $299 per unit f you place a bulk order of around 1,000 units. But NVIDIA isn’t exclusively targeting big companies or startups with lots of cash to throw around: if you want to buy a single Jetson TX1, you’ll be able to do that… pricing for individual units just hasn’t been determined yet.

So what exactly are you supposed to do with one of these things?

Well, the 3.4″ x 2″ module features A Tegra X1 ARM Cortex-A57 processor with 256-core NVIDIA Maxwell graphics, 4GB of LPDDR4 memory, 16GB of eMMC storage, 802.11ac WiFi and Bluetooth, Gigabit Ethernet support, and a 400 pin board-to-board connector for hooking it up to other hardware. 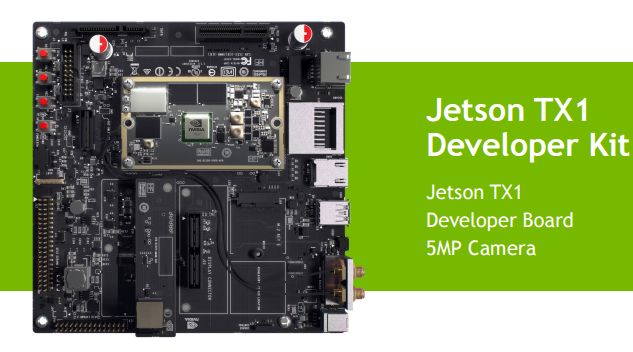 Theoretically, you could use it for just about any computing task. But NVIDIA envisions the Jetson TX1 being used for drones, robots, and other autonomous devices that can use “deep learning” to identify objects it hasn’t seen before. That’s because the Tegra X1’s high-performance graphics offers the kind of parallelized processing power necessary for the job, while consuming less than 10 watts of power (so you don’t need room for a big fan, heat sink, and battery on your drone).

That doesn’t mean NVIDIA expects its low-power module to be able to do all the processing involved in deep learning activities on the go. But you can use a higher-performance computer to develop a routine, submit it to the Jetson TX1 and it can put those algorithms into practice in real-world environments to avoid obstacles or respond to people, animals, or other objects even if it’s never seen them before.

Or you could just build a smart oven or something. NVIDIA’s been surprised by the uses other people find for its products before.