The biggest thing to happen in the gaming laptop space this year was probably NVIDIA’s release of mobile RTX 20-series graphics solutions with support for ray-tracing.

But laptops with RTX 20-series graphics are expensive… and not everybody wants to pay for bleeding edge features like ray tracing.

Enter the NVIDIA GeForce GTX 1650 and GTX 1660 Ti graphics processors for budget gaming laptops. NVIDIA says more than 80 mobile computers featuring the new GPUs should hit the streets soon, including models with prices as low as $799. 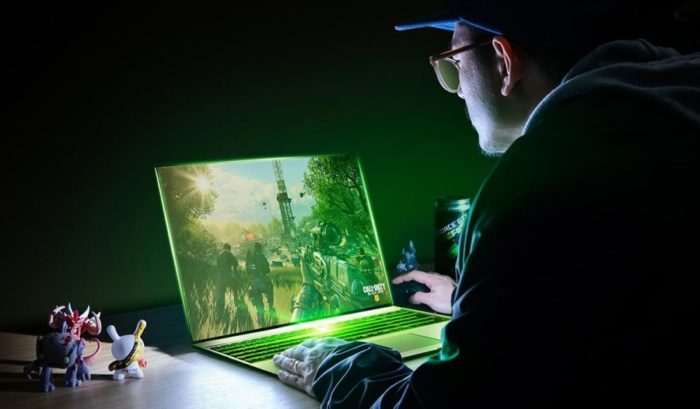 The company says a laptop with the new GTX 1660 Ti GPU can offer up to four times the performance of a four-year-old model with GTX 960M graphics, with support for playing modern games including Fortnite, PUBG, and Apex Legends at up to 100 frames per second at 1080p resolutions.

The new GPUs are based on NVIDIA’s Turing architecture, and support features including:

NVIDIA says PC makers including Acer, Asus, Dell/Alienware, Gigabyte, HP, Lenovo, MSI, and Samsung will release laptops powered by the new chips in the next few months. OEMs and system builders including CyberPower, Maingear, Origin, and Sager will also get n on the action.