NVIDIA is launching a new entry-level graphics processor for notebooks. The new GeForce MX150 is an upgrade from the GeForce 940MX graphics that have been used in laptops for the past year or so, but NVIDIA says the new card offers up to 3 times better performance-per-watt.

Among other things, that means the new chip can be used in thinner, lighter, and lower power machines. 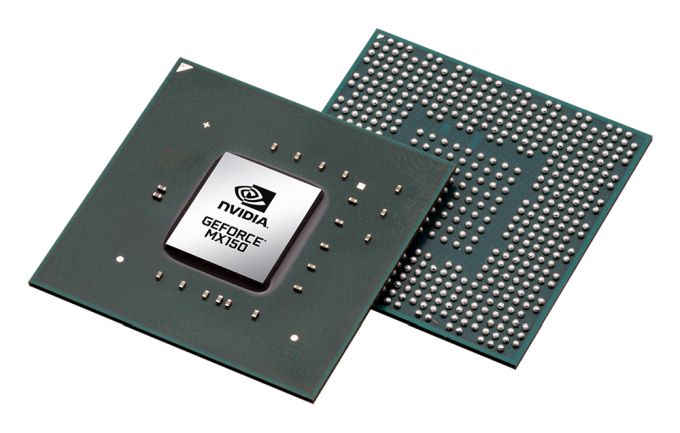 NVIDIA hasn’t shared detailed specs for the new GPU yet, but the company says it’s based on the same Pascal architecture used in NVIDIA’s GeForce GTX 10 series chips.

Laptop versions of the GeForce GTX 1060, GTX 1070, and GTX 1080 launched last summer, but for the most part they’re reserved for high-end laptops designed for gaming. The new GeForce MX150 will likely appeal to folks who want better-than-integrated graphics for things like photo and video editing. The MX150 will be able to support some gaming, but it won’t offer the same kind of performance you get from a GTX 1080.

According to benchmark results released by NVIDIA, the new chip offers a performance boost of about 33 percent over the GeForce 940MX when it comes to hardware-accelerated photo and video editing. But it performs the same tasks substantially faster than a PC with Intel HD 620 graphics (which is what you get with most computers featuring Kaby Lake-U processors).

Performance will likely vary from computer to computer though, as NVIDIA is expected to allow system builders to adjust the clock speed in order to offer either better performance or longer battery life.

NVIDIA says Acer, Asus, Clevo, HP, and MSI will all begin offering laptops with GeForce MX150 graphics starting in June. Incidentally, the Computex trade show starts next week… so expect to see a few of those systems announced soon.

via NVIDIA and AnandTech