The promise of game streaming is that you don’t need to invest in a high-end gaming PC because you can basically just rent time on high-end hardware and stream games to your underpowered devices over the internet.

Now that NVIDIA is upgrading its GeForce Now game streaming service with an RTX 3080 option, that’s probably more true than ever. For $200 per year (or $100 every six months), you get the power of an NVIDIA RTX 3080 graphics card when streaming games. And while that might seem like a lot of money to spend on a game rental service, it’s a lot less than you’d spending building your own gaming rig with that kind of horsepower, seeing as RTX 3080 cards cost an arm and a leg when you can actually find one. 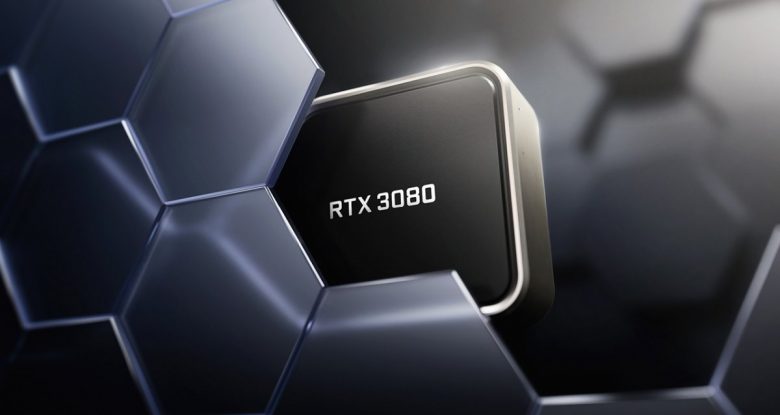 Among other things, NVIDIA notes that folks who pony up for its newest, highest-performance subscription tier will get:

If you don’t need that kind of performance, you can still access NVIDIA’s GeForce now free tier for gaming sessions up to 1 hour at a time and basic gaming features. Or pay $10 per month (or $50 every six months) for up to 6-hours at a time of game streaming with RTX graphics and up to 1080p @ 60 fps. 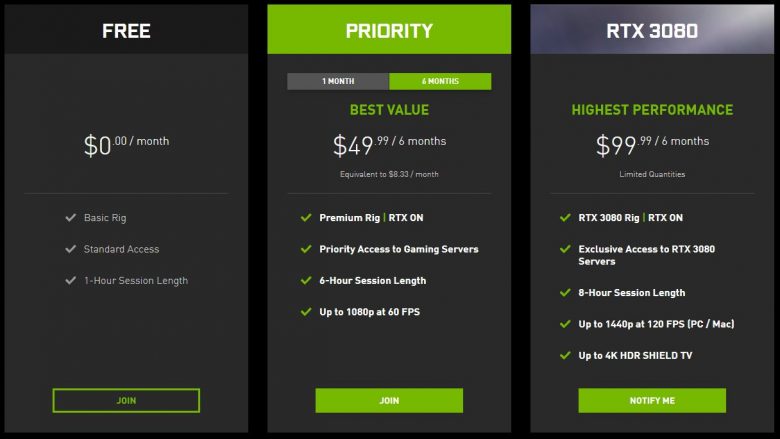 Of course, as with all game streaming services, there’s a catch – you’ll need a speedy, reliable internet connection in order to avoid graphics glitches and controller latency issues.

The new GeForce Now RTX 3080 Membership option is also only going to be a limited offering for the time being. NVIDIA will give Founders (existing subscribers) the option of upgrading first with pre-orders for converting a membership plan going live for users in North America in November before rolling out to customers in Western Europe in December.

In other news, NVIDIA notes that the latest version of its GeForce Now client is rolling out today with support for Adaptive Sync and beta support for game streaming to Microsoft’s Edge web browser.