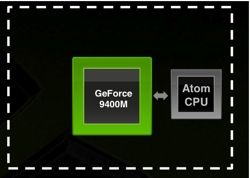 I think if you ask most of the people who read this blog regularly, they’ll tell you that a netbook is a small, light, and low cost computer. But companies that make a lot of money by selling state of the art computer components have a tendency to say that netbooks don’t work very well as computers. The latest person with a vested interest in making you believe that is NVIDIA CEO Jen-Hsun Huang, who tells Laptop magazine that mini-laptops with the Intel Atom processor don’t run “anything well” from Electronic Arts, Adobe, or Microsoft.

Seriously. That’s what he said. So if you’re running Windows XP, Windows 7, Office, Adobe Flash, Adobe Reader, or you know, anything from those companies on your netbook you must be in denial. Or maybe by “anything” he meant Photoshop, Call of Duty, and well, yueah, I wouldn’t really expect EA games to run that well.

Of course, NVIDIA is also pushing its new ION platform which will bundle an NVIDIA GPU with the Intel Atom processor and dramatically boost graphics performance. But I’m sure that’s not why Huang is dissing the Atom’s performance.

Interestingly, he does see some promise in the new AMD Neo and VIA Nano processors. And NVIDIA is hoping to extend the Ion platform to bundle NVIDIA GPUs with VIA Nano chips as well as Intel Celeron and Core 2 Duo processors in the future.