NVIDIA is overhauling its laptop graphics lineup with a new line of RTX 40 series mobile GPUs that the company says deliver better performance than the RTX 30 series while consuming less power.

The company says every major PC maker plans to launch gaming and/or mobile workstation-class computers featuring the new GPUs in the coming months, with the first models set to ship in February with prices starting at $999. 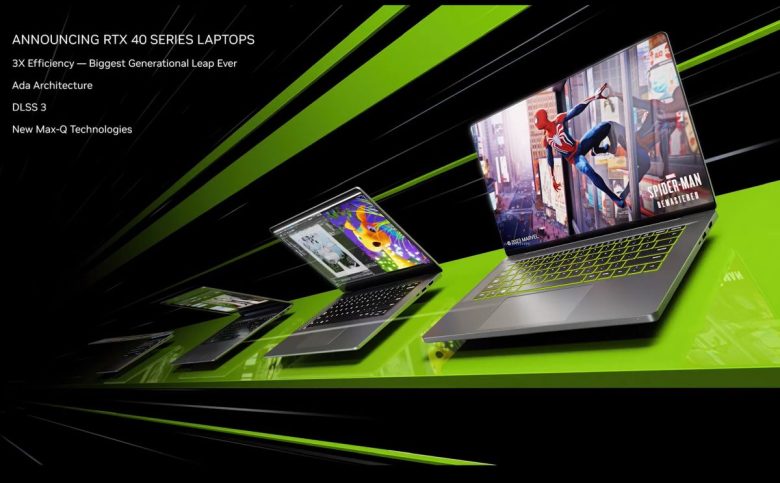 Among other things, NVIDIA says the RTX 40 mobile graphics lineup brings the company’s Ada Lovelace architecture to mobile for the first time, while also introducing new energy-saving techniques that NVIDIA says makes its new chips up to three times more efficient than the previous generation.

The result is NVIDIA GeForce RTX 4050, RTX 4060, and RTX 4070 series mobile GPUs that use one third as much power as RTX 3080 mobile graphics while delivering comparable (or better) performance. 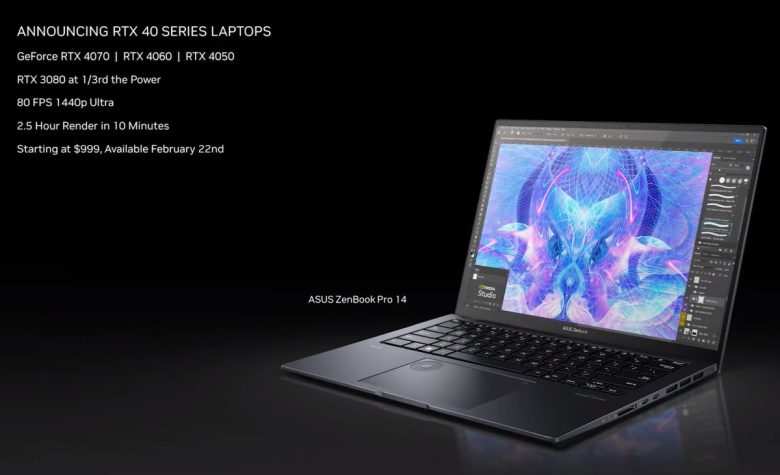 NVIDIA claims you should be able to game at up to 80 frames per second at 1440p resolutions with an RTX 4070 GPU (although the company doesn’t say which games will hit that level), or render a Blender animation that took 2.5 hours with an RTX 3080 GPU in just 10 minutes with the new RTX 4070.

Meanwhile the improvements in energy efficiency mean that you could see these GPUs show up in smaller laptops, including gaming notebooks with 14 inch displays. Laptops with RTX 4050, 4060, and 4070 GPUs should arrive starting February 22nd for $999 and up.

Looking for higher performance? NVIDIA says notebooks with GeForce RTX 4080 and 4090 mobile graphics will be available starting February 8th with prices starting at $1,999. 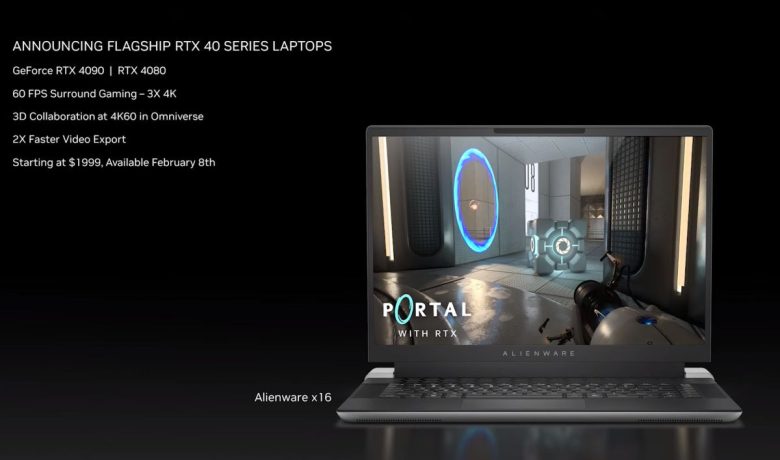 Among other things, NVIDIA is promising 60FPS gaming on up to three 4K displays, support for live streaming 4K/60fps video to Discord and other platforms using the AV1 video codec, and new dual encoders that reduce video export time by half.