For the past year or two device makers have been trying to find ways to reduce the size of smartphone bezels and increase the screen-to-body ratio. That’s given rise to phones with notches and slide-out cameras.

But Nubia’s new phone wins the prize for the most unusual solution.

Wondering how you’ll line up your shots? By using a second screen… on the back of the phone. 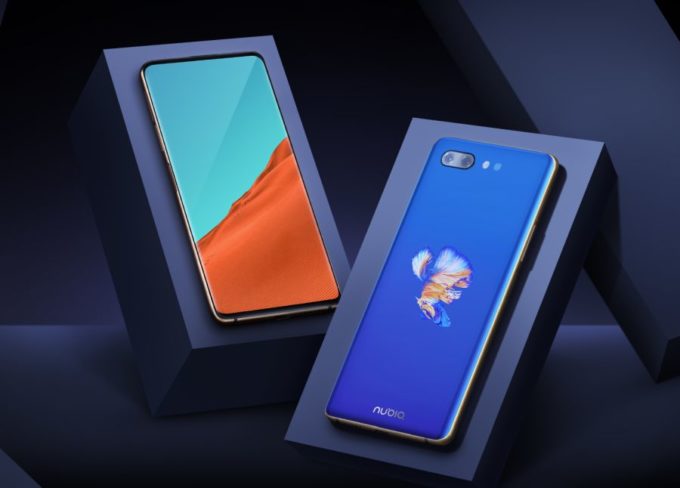 The move makes a certain kind of sense — why settle for an inferior camera crammed into the front of the phone when you could use the same camera you use for all your other shots? And folks who don’t take a lot of selfies don’t have to sacrifice screen space for a camera they rarely use anyway.

This is the Nubia X, a dual-screen phone with a very high screen ratio.
Source: Weibo 字幕 GOUBA pic.twitter.com/L2So4FdzNU

Meanwhile, the display on the back of the phone can come in handy even when you’re not using the camera. It can show a clock, a message, or other graphics, allowing you to customize the look of the phone.

Of course this second screen is going to make it hard to get the most out of the phone if you put it in an opaque case. I imagine you could use a bumper case or a clear case — but that would probably obstruct one of the phone’s other key features: it has two fingerprint sensors — one on the left side of the phone and the other on the right. Pressing one will unlock the front screen and the other unlocks the back.

So really this phone seems like it’s designed for folks that don’t put their phones in a case.

Fortunately it’s not too expensive — prices start at about $475 in China for a model with 6GB of RAM and 64GB of storage.

The phone goes up for pre-order in China today and ships November 5th.