Most of the smartphones with flexible displays that have debuted so far take advantage of the new technology to transform from a phone into a tablet. The Nubia Alpha… doesn’t.

Instead it’s basically a smartwatch with a display that wraps around your wrist. But since it can make phone calls, snap photos, and shoot video, Nubia is calling it a wearable phone.

After introducing the Nubia–α concept last summer, Nubia has announced that the Nubia Alpha will be available in China this April before heading to Europe and North America later this year. 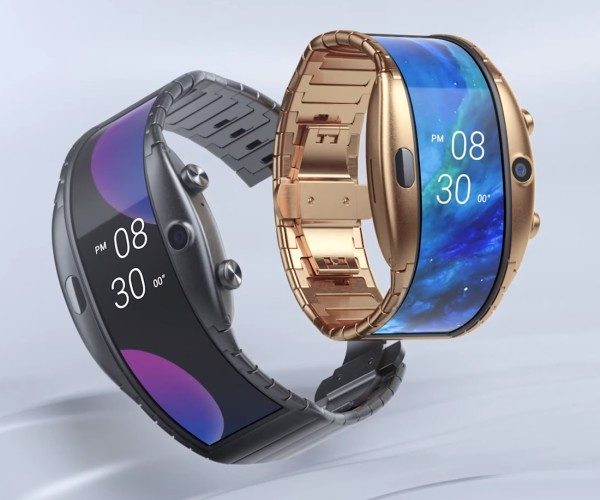 Prices are expected to start at around €450 ($510) for a Bluetooth-only model that you can pair with a smartphone. If you want a version with an eSIM that lets you use it as a standalone phone, you’ll end up paying at least €550 ($625).

But before you decide to replace your phone with this thing, you should probably know that this device has very watch-like hardware including:

It does support WiFi, Bluetooth, and 4G LTE (if you opt for the eSIM version). But it has a custom operating system that’s likely to limit its functionality.

That said, Nubia says the watch/phone can run for up to 2 days on a charge, which is a lot longer than most modern smartphones. It also supports maps, phone calls, video chat, text messaging, and you can interact with it by touch or using motion gestures (by waving your hand over the screen).

The Nubia Alpha’s hallmark feature is definitely the display: a four inch, 960 x 192 pixel flexible OLED display that bends when you slap the device on your wrist.

Whether that’s worth paying $625 for remains to be seen… and depends on how much you want to replace your phone with an underpowered watch with an unusual display.

via Android Police and GSM Arena