Smartphone screens keep getting bigger and bigger, which means typing with an on-screen keyboard is also getting easier and easier. But not all touchscreen devices have big screens — the average smartwatch has a 1.5 inch or smaller display.

So how do you enter text? Nuance things it has an answer… or two. 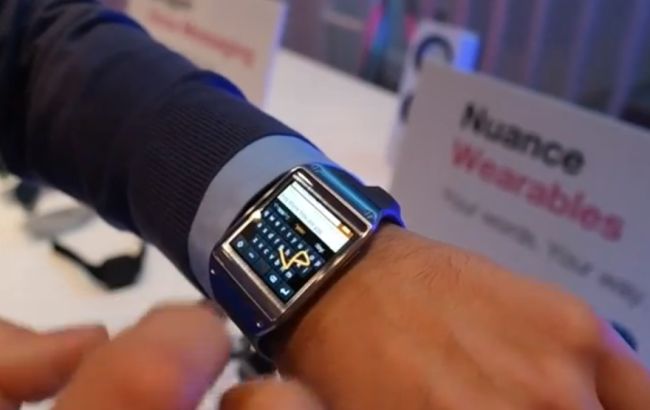 The company behind Dragon voice recognition software and the Swype virtual keyboard has announced that it’s bringing support for both to smartwatches.

At this point we’re not talking about apps that you can download and install on an existing device. But device makers will be able to load Nuance software onto their smartwatches to add support for voice commands, voice input, and an on-screen keyboard with predictive input.

One of the first devices to support Nuance’s Dragon mobile Assistant for wearable devices will be the Omate TrueSmart, which is basically a watch with the guts of an Android phone. Users can use voice commands to make calls, send messages, search the web, or perform other basic actions.

If you’d rather use a keyboard… but find a 1.5 inch display to be a too small to pick out individual keys with your fingertip, Swype lets you slide from one key to the next without lifting your finger. Since Swype uses predictive text algorithms, you don’t even need to hit exactly the right key, which means that there’s a pretty good chance you’ll be able to type by swyping sloppily and still input recognizable words on a smartwatch screen.