At a time when notebook and desktop PC sales are stagnant, industry watchers tend to think of tablets as shining stars. But for the first time since modern tablets hit the scene a few years ago, research firm NPD DisplaySearch says tablet PC shipments in the first part of the year were lower than the same period a year earlier.

NPD still thinks by year’s end more tablets will ship in 2014 than in 2013, but in the most recent quarterly report the company estimates device makers including Apple, Samsung, and Lenovo shipped about 56 million tablets, down from nearly 60 million during the first quarter of 2013. 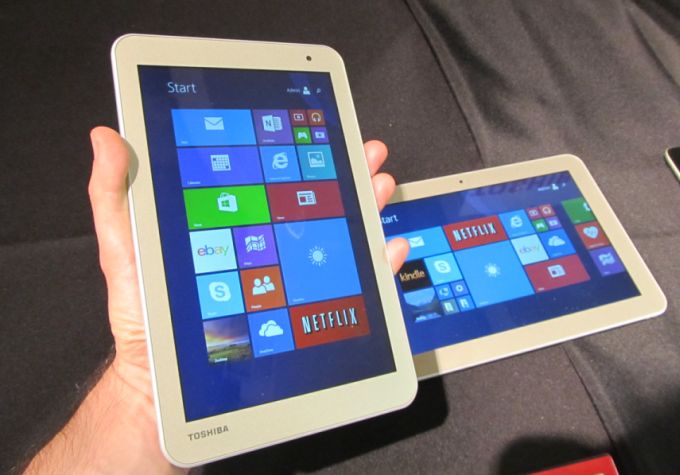 There could be a few reasons for the decline. Since NPD sees a dip in 7 inch tablet sales, the company suggests that growing popularity of smartphones with 5 inch or larger screens could be eating into small tablet sales… and that could mean that 8 inch and larger tablets will see the most growth moving forward.

It’s also possible that tablets have reached the “good enough” stage, which means that a tablet you buy today is good enough that you don’t feel the need to replace it next year.

While folks in the US tend to replace their smartphones every 2 years or so, they tend to hold onto notebook or desktop computers for much longer.

If tablets are close to reaching a saturation point (everyone who wants one has one), and the existing models are good enough to hold onto indefinitely, we could start to see people replace them more like laptops than smartphones… which is good news for consumers (and the environment), but not great news for device makers — which explains why they’re already trying to come up with the next big thing in consumer electronics, which they seem to be hoping will be wearable devices including smartwatches.

For now, NPD has lowered their estimates for 2014 tablet shipments from 315 million to 285 million.

Earlier this year the analysts at IDC made a similar move, dropping their more modest estimates from 260 million to about 354 million.

Of course the distinctions between tablets and other types of computers is kind of blurry these days, thanks to a new breed of 2-in-1 devices like the Asus Transformer Book and Lenovo Yoga families of devices which can function as notebooks or tablets.