Hulu’s online video service offers a pretty extensive catalog of movies and TV shows, including recent episodes of programs that are currently on the air, which helps set Hulu apart from rival Netflix.

But another thing that has historically set Hulu apart from Netflix is the ads: even paying subscribers have to sit through at least a few minutes of ads for every full-length video they watch.

Or at least they used to… because now Hulu is offering subscribers the opportunity to pony up an extra $4 per month for a completely ad-free experience. 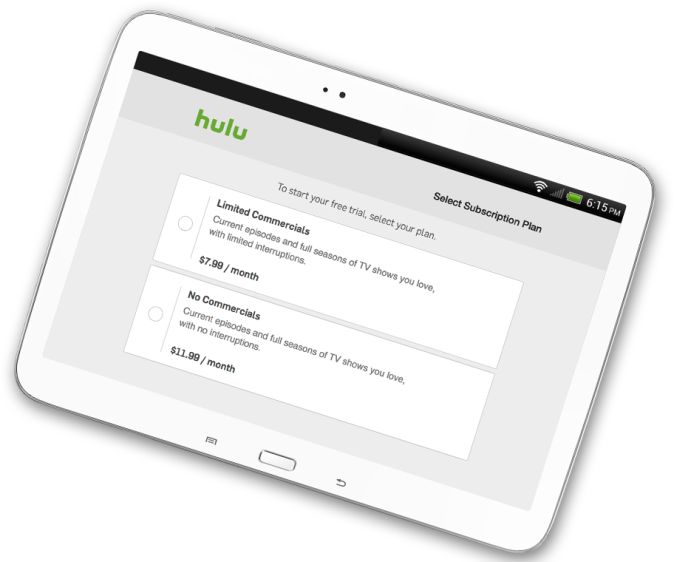 That brings the total fee to $11.99 per month for commercial-free Hulu. Folks that don’t mind the ads can stick with the cheaper $7.99 per month plan.

The new option makes Huly one of the pricier subscription-based internet video services on the market. Netflix subscriptions run $7.99 per month, while Amazon includes Prime Instant Video as one of the perks of its $99-per-year Amazon Prime membership program. That comes to $8.25 per month.

Like Amazon and Netflix, Hulu has been investing in original content, with upcoming shows including a TV series based on Stephen King’s 11/22/63, a fourth season of The Mindy Project, and a comedy series called Difficult People that’s produced by Amy Poehler.

New and existing Hulu subscribers can check out the new commercial-free option at hulu.com/nocommercials.

When I asked recently whether you’d be willing to pay extra for an ad-free Hulu, plenty of people said they would. But now that Hulu is offering both commercial-free and commercial-ridden versions of its service, it’ll be interesting to see how many people are willing to pay the extra price to live in a world where a 23 minute TV show only takes 23 minutes to watch.