Amazon, Google, Microsoft, and Samsung all have virtual assistant software that you can interact with by voice. While there’s a lot of overlap in features, there are some things you may be able to do in one that you cannot do with another.

So when Microsoft and Amazon announced plans last year to let their Cortana and Alexa voice assistants interact, it made a certain kind of sense. While the companies didn’t manage to release those new features by the end of 2017 as initially promised, starting today folks in the United States can test a public preview of Cortana and Alexa integration.

That means you can ask Cortana to “open Alexa” and then just start talking to Amazon’s assistant from a Windows PC… or ask an Alexa-enabled device like an Echo smart speaker to “open Cortana” to speak to Microsoft’s assistant. 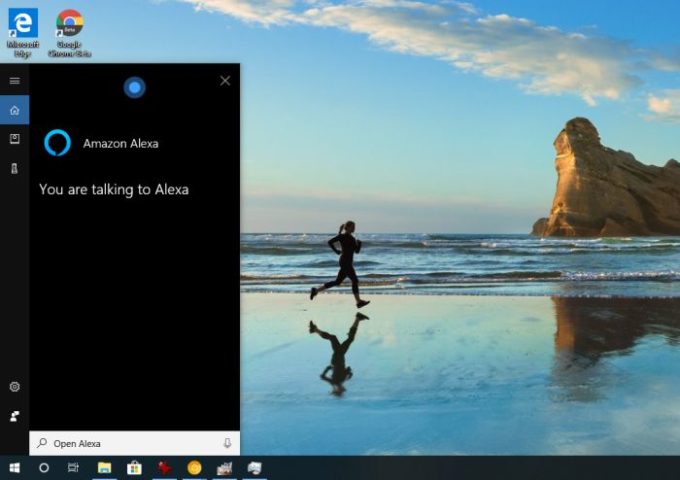 Why would you want to do that? If you’re just trying to find out today’s weather forecast, find the square root of 1681, or hear a joke, either virtual assistant will do.

But when you open Alexa from within Cortana you can access features that may not otherwise be available. For example you can check your Amazon order status, control smart home devices connected to your Alexa account, or create a list that will be accessible on other Alexa devices.

Meanwhile, using Cortana on an Echo device brings support for Office 365 features like checking your emails, adding items to your to-do list, setting reminders, and commitments to Alexa.

Right now you can’t access some Alexa features when using the service within Cortana. For example, it won’t let you play music, set timers or alarms, or listen to “flash briefing” news headlines. But Amazon says it’s working on adding support for those features.

With PC makers starting to ship computers with both Alexa and Cortana pre-installed, it might not really be necessary to invoke Alexa from within Cortana. But it’s probably a nice feature to have if you’re already using Alexa and Windows 10 and don’t have a PC with a dedicated Alexa app.