Have an iPhone, but not sure you want to buy an Apple Watch? Now you can use an Android Wear device with an iPhone. 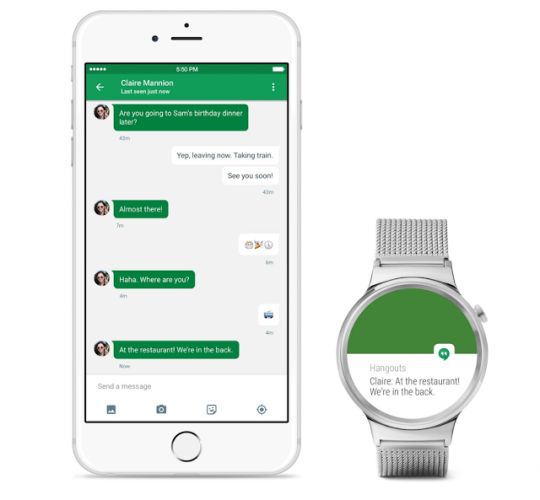 If you’re using Android Wear with an iPhone, you might not get all the features that are available to Android smartphone users. But you can view details about phone calls, text messages, and other notifications on your wrist, share fitness tracking data from your watch with your phone, get Google Now notifications about upcoming appointments, traffic and flight details, and more.

You can also use the OK Google command to ask your watch a question or set a reminder.

The first Android Wear device to support iOS is the LG Watch Urbane, but Google says all future Android Wear watches will work with iOS… and that includes the upcoming Huawei Watch (which explains why the now-removed Amazon product page for the Huawei Watch that we saw recently mentioned iOS support).

Google says upcoming watches from Asus and Motorola will also work with iOS.