Appls has rolled out an updated version of macOS and, among other things, it adds support for external graphics cards.

That means you should be able to connect a graphics dock to just about any Mac with a Thunderbolt 3 port. The most obvious reason to do that is so you can use a desktop-class graphics card with a laptop. But external GPU (eGPU) support could also make it easier to upgrade desktops or switch between different graphics cards. 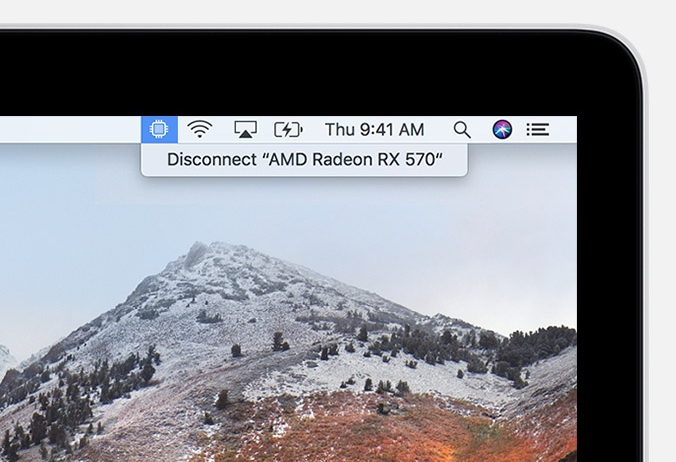 External GPU support has been available for Windows for a while, which is why companies including Lenovo, Asus, HP, Gigabyte, Razer, and Zotac have already introduced models.

Dell sells an Alienware graphics amplifier too, but uses a proprietary connector rather than Thunderbolt 3, so it only works with Dell machines.

Here’s a list of GPUs that you can use:

The company recommends several different graphics docks from OWC, PowerColor, Sapphire, and Sonnet although it’s possible others may work.

Apple says Mac users can connect multiple eGPUs with each connected to a different Thunderbolt 3 port. You can safely remove an eGPU by clicking a menu item to get a disconnect option. And you can use an eGPU dock to connect extra external monitors, headsets, and other accessories.

It’s also worth noting that MacOS 10.13.4 does not support using an external GPU in Windows when using boot camp. So if you were hoping to use a MacBook Pro for coding by day and Windows gaming by night, this might not be the solution you’re looking for.