Canonical has been busy porting Ubuntu to run on devices with RISC-V processors. This summer the company released builds of the popular GNU/Linux distribution for the StarFive VisionFive, Allwinner Nezha, and SiFive Unmatched.

Now Canonical has announced the launch of Ubuntu builds for the SiPeed LicheeRV, a tiny single-board computer with a RISC-V chip and a $17 starting price. 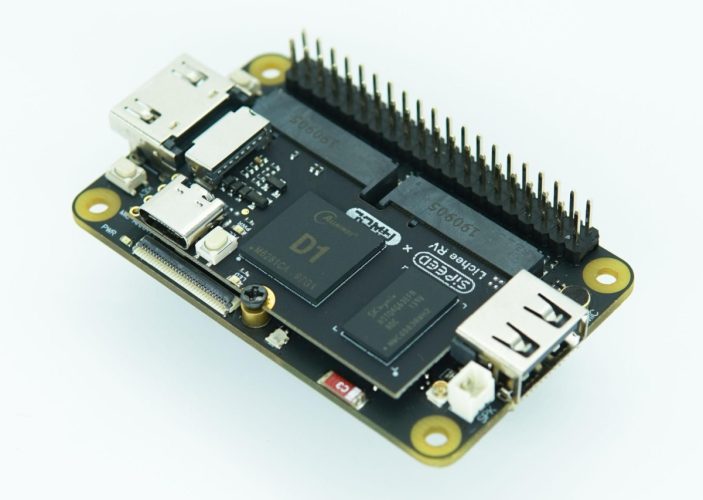 That makes the LicheeRV one of the most affordable RISC-V computers available at the moment, although it’s certainly not the most powerful.

At the heart of the Sipeed LicheeRV is a 1 GHz Allwinner D1 XuanTie C906 single-core processor based on RISC-V architecture. The computer also has 512MB of 792 MHz memory and a microSD card reader for storage.

While the board isn’t exactly a speed demon, you can run a command-line version of Ubuntu by downloading and flashing an Ubuntu 22.10 image to an SD card. From there, you can install a desktop environment of you want a graphical user interface, just don’t expect the same level of performance you’d get from a computer with a more powerful processor.

The LicheeRV measures about 46 x 25mm (1.8″ x 1″) and looks a bit like a stick of RAM, since it’s designed to work with an optional dock that adds more ports and optional support for WiFi and Bluetooth. But you don’t need a dock to use the LicheeRV for headless computing, thanks to its USB-C port and microSD card reader.