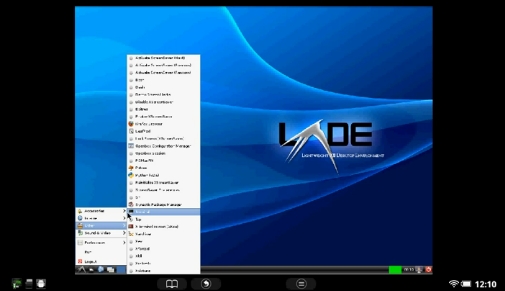 The Barnes & Noble NOOK Tablet has a locked bootloader, which has prevented hackers from figuring out how to replace the version of Android that comes on the tablet with custom software such as CyanogenMod. But that doesn’t mean it’s impossible to run an alternate operating system on the NOOK Tablet.

In fact, you can now install and run Ubuntu Linux on the NOOK Tablet. There’s just one catch: What you’re actually doing is loading the operating system onto an SD card and then remote-controlling it using a VNC app while running Android.

That said, if you’ve ever dreamed of running LibreOffice, GIMP, or the desktop version of Firefox on your 7 inch Android tablet, you can do that. Just don’t expect spectacular performance.

The developers who have figured out how to run Ubuntu on the NOOK Tablet have an ulterior motive. They’re hoping that this could be the first step toward running apps that could cause a kernel panic — and that might help crack open the device’s locked bootloader and recovery tools so that you can actually boot CyanogenMod, Ubuntu, or other operating systems instead of simply connecting to them with an Android VNC client.

You can find more information about running Ubuntu on a NOOK Tablet at the xda-developers forum.