The Pocket 2 has a faster processor, an improved keyboard, and other improvements. It’s also a better option if you’re looking for a mini laptop today because it’s still available for purchase, while the original GPD Pocket is out of stock at most stores.

Myers says some Chromium OS features that aren’t yet working on the original GPD Pocket are also working out of the box on the Pocket 2.

So here’s what you can expect if you want to try to turn the tiny Windows laptop into a tiny Chromebook. 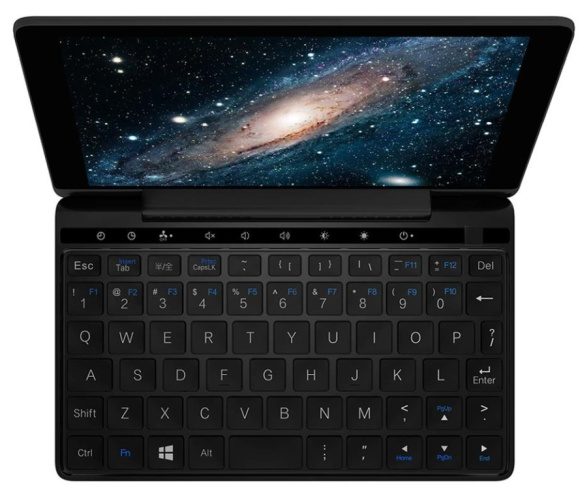 Each of these models feature USB Type-C and Type-A ports, a headset jack, and a microSD card reader. It has a tiny keyboard and no room for a traditional touchpad — but there’s an optical touch sensor in the row of function keys above the keyboard.

While the little computer ships with Windows 10, you can also install alternate operating systems such as Ubuntu MATE and now Chromium OS, the open source version of the operating system that powers Chromebooks.

Myers notes that his build of Chromium OS is still a work in progress. As of June 3rd, 2019 the GPD Pocket 2 build, for example, doesn’t support the hardware volume or screen brightness buttons and the first time you boot the operating system you’ll have to manually adjust the screen rotation.

But unlike the original GPD Pocket, the Pocket 2 does support audio and Bluetooth out of the box.

Myers says you should also be able to expect all day battery life, rolling operating system updates, and reduced storage requirements (a fully installed version of Chromium OS takes up about a third as much disk space as Windows 10).

Linux apps are supported thanks to Google’s Crostini software, but Android apps are not — because Google’s Android Runtime for ChromeOS is not currently open source.

Myers says he’s only tested his Chromium OS build on the Celeron version of the GPD Pocket 2, but it includes code that should allow it to run on the Core m3 version as well.

You can download the latest version of his Chromium OS builds for the Pocket 1 and Pocket 2 from kmyers.me or check out the source code at github.

And since installation involves creating a bootable USB flash drive, you can also do a live boot and try out the operating system before deciding whether to actually install it on your device.