The Sony Tablet S has been available for months, but up until recently there was no way to gain root access to the 9.4 inch Android tablet. Now security researcher Dan Rosenberg has found a way to root the Sony Tablet S. 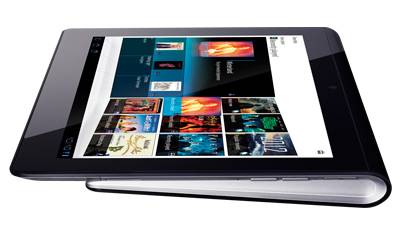 All you have to do to root the tablet is enable USB debugging, plug it into a Windows computer, and download and run a Windows utility provided by Rosenberg. But he’s also posted details explaining how he found the exploit and exactly how his software works.

Rooting an Android phone or tablet provides you with access to files and settings that wouldn’t otherwise be available. This lets you install apps that require access to those files or settings, such as Titanium Backup. It’s also one of the first steps toward replacing the operating system that comes with your device with custom firmware.

The Sony Tablet S features a 1280 x 800 pixel display, a 1 GHz NVIDIA Tegra 2 dual core processor, and Android Honeycomb software. It has an unusual wedge-shaped design with one end of the tablet much thicker than the other. And it’s one of the first devices to feature certification for Sony’s PlayStation app for Android which allows you to run some older PlayStation games on the tablet.

One reply on “Now you can root the Sony Tablet S”