Not a fan of Amazon’s version of Android? Some folks have already figured out how to install the Google Play Store on the Fire Tablet, making it easy to install thousands of apps and games that aren’t available from the Amazon Appstore.

Now you can also root the Fire tablet. 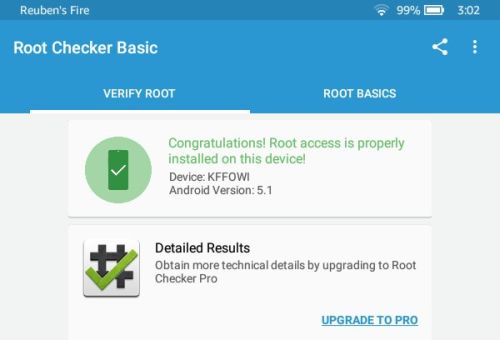 Rooting the tablet gives you access to files, directories, and settings that are normally protected. On the one hand, this makes it a little easier to (at least temporarily) break your tablet. But on the other hand, it allows you to install apps that can modify the behavior of the Fire tablet… or just apps that require root permissions.

You can find instructions for rooting the Fire tablet at the xda-developers forum, which has scripts for using a Windows or Linux computer to attain root access on the tablet.

Next up? Developers are working on custom recovery tools for the Fire tablet, which make it possible to load custom ROMs on the tablet, completely replacing Amazon’s software with third-party firmware.

Update: It’s already possible to install Xposed Framework, which lets you modify the behavior of the tablet without installing a custom ROM.