The PinePhone is an inexpensive smartphone designed to run open source operating systems such as postmarketOS, KDE Plasma Mobile, or Ubuntu Touch. But the first units to ship earlier this year didn’t have an operating system installed — it was up to users to load their own.

Now the Pine64 team and the developers of Ubuntu Touch have announced that the first community partner edition of the phone is available for pre-order.

The PinePhone UBPorts Community Edition comes with Ubuntu Touch pre-installed. It also has the UBPorts logo on the back. The phone is up for pre-order for $150 starting today, and it’s scheduled to ship in late May, 2020. 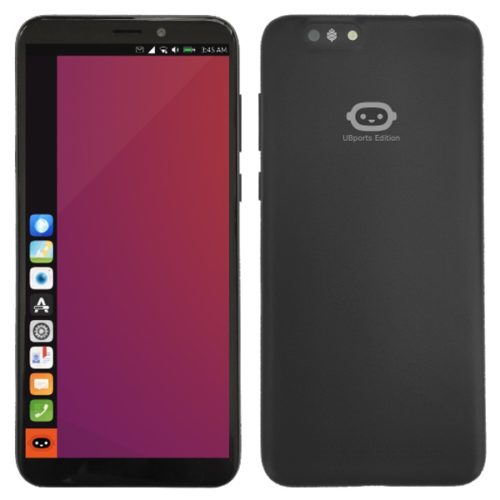 Aside from the software and logo, the phone also has a revised version of the printed circuit board, based on feedback received from testers of the earlier PinePhone Braveheart Edition device. It’s also received CE and FCC certification.

That said, the UBports team notes that the operating system that ships with this version of the phone “will be highly functional, but not necessarily ‘daily driver’ ready” since some features are still under development (including camera support, battery efficiency, and USB host capabilities).

But phone calls, text messages, LTE data, GPS navigation, and hardware-accelerated graphics are all supported and the developers are rolling out updates to the operating system on a regular basis.

And if you decide you want to try a different operating system, you can just prepare a bootable microSD card and run it from that.

It has a USB Type-C port for power, data, and video output, a 5MP front camera, a 2MP rear camera, a headphone jack, microSD card reader, and removable 3,000 mAh battery.

The specs may not exactly be stellar by 2020 standards, but they help keep the price low — Pine64 says it only generates about $10 in profit from the sales of the $150 smartphone. And for every UBPorts Community Edition sold, Pine64 will donate $10 to the UBPorts team to help fund the development of the open source, Ubuntu-based operating system.