Sure, any computer running Windows 7 or later will be eligible for a free upgrade to Windows 10 when the operating system is released on July 29th. But what if you don’t want to go through the hassle of updating?

Or you could just buy the same machine now, use it with Windows 8.1, and then upgrade… because these aren’t new computers. They’re the same ones that are currently available. 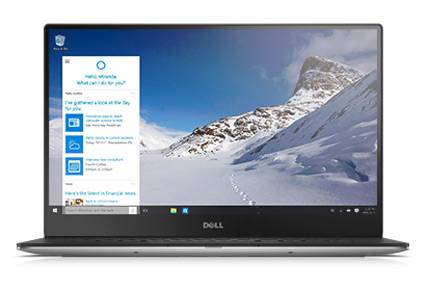 That’s one of the funny things about Windows 10: it’ll run on pretty much any PC that can support Windows 7 or later. In fact, you could probably install it on your old Windows XP machines without too much trouble. You just won’t qualify for a free upgrade.

So while some PC makers have decided to create new machines designed specifically for Windows 10 (I’m looking at you Toshiba, with your dedicated Cortana key), others developed their 2015 machines knowing that they’d be able to support either Windows 8.1 or Windows 10.

HP, for example, says it designed its latest systems like the new HP Pavilion x2 2-in-1 tablet with Windows 10 in mind. But it’s shipping the computer initially with Windows 8.1 in order to bring it to market sooner.

For Dell’s part, the company says you can pre-order a variety of Inspiron desktops, the Inspiron 11 convertible notebook, or other systems including the Inspiron 15 laptop or XPS 8700 desktop with Windows 10.

Or you could just sidestep the whole question of which version of Windows to use altogether. Dell also sells laptops with Ubuntu software for $220 and up.