The Asus NovaGo is a 13.3 inch convertible laptop with a touchscreen display, a fingerprint reader, 4G LTE support, 4GB of RAM, and 64GB of storage.

It’s also the second Windows 10 computers you can buy that features a Qualcomm Snapdragon 835 processor, which means you can expect extra-long battery life, always-connected capabilities, and… lackluster performance and compatibility issues with a bunch of Windows apps.

The good news is that with a $599 list price, the Asus NovaGo is a lot more affordable than the first Windows 10 on ARM device to ship, the $999 HP Envy x2.

Anyway, if you’re interested in picking up an Asus NovaGo, it’s up for order from Amazon for $599… although it might take a little while to ship. The NovaGo is currently described as “temporarily out of stock.” 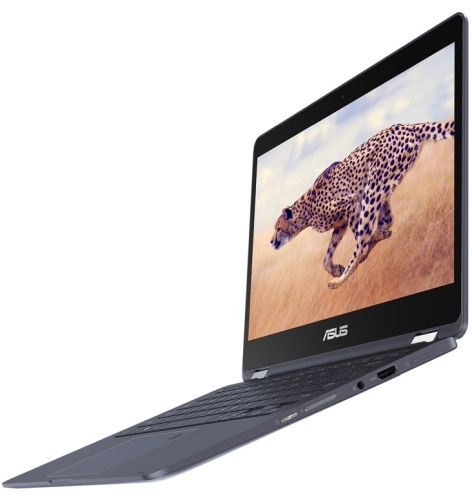 The Asus NovaGo is a 3.1 inch laptop that measures about 0.6 inches thick and which has a 360-degree hinge that lets you use the computer in notebook or tablet modes.

With a backlit keyboard, stereo speakers, a webcam, and a touchpad with a fingerprint sensor in the upper right corner, there’s nothing that really advertises this computer as an ARM-powered device. It looks like any other thin-and-light computer.

But it is fanless, and reviewers say you can expect up to 12 hours of battery life.

The Asus NovaGo ships with Windows 10 S, but you can switch to Windows 10 Pro for free. Doing that will let you run some 32-bit x86 applications from sources other than the Microsoft Store. Just don’t expect all 32-bit software to run… and the programs that do run might offers sluggish performance.

There’s currently no support for 64-bit apps at all.

It’s exciting that Microsoft has effectively allowed ARM-based chip makers like Qualcomm and MediaTek to compete with Intel and AMD in the PC space by building Windows 10 for ARM. But at this point it’s unclear whether the chips or the software are truly good enough to justify the relatively high price tags of the first Windows on ARM computers.

Still, I suppose $599 is better than $999… and I wouldn’t be surprised to see prices fall in the coming months if the HP Envy x2 and Asus NovaGo don’t go flying off the shelves.