The Steam Deck is a handheld gaming computer with a custom AMD processor featuring Zen 2 CPU cores and RDNA 2 graphics. It offers some of the best PC gaming experience you’ll find in a handheld device and it ships with Valve’s Steam OS software, a Linux-based operating system built around the company’s Steam game client.

But the Steam Deck is a full-fledged computer that’s capable of running other operating systems if you want to install them on your own. And Valve just made that a little easier. The company has released work-in-progress Windows drivers for the Steam Deck. 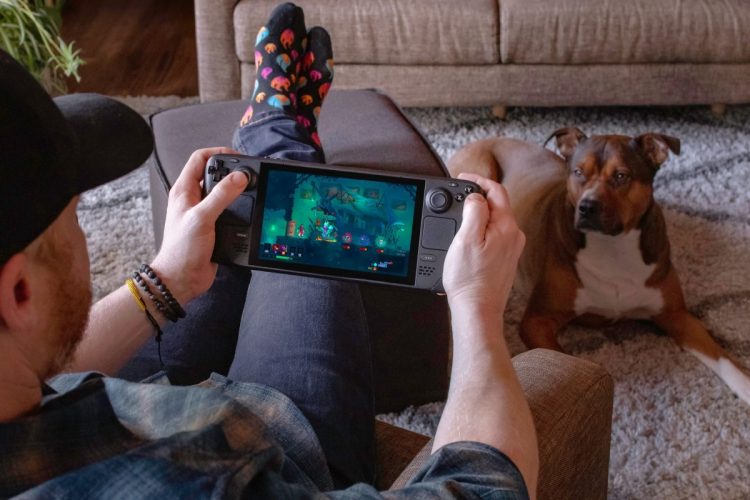 That’s the good news. The less good news is that there are some things those drivers won’t let you to just yet.

The good new is that Valve’s Steam Deck Windows Resources do include graphics, WiFi, and Bluetooth drivers, which should provide just about everything you need to run Windows games and applications on the handheld computer.

When Valve released the first set of Windows drivers on March 10, 2022 they were only good for installing Windows 10. But on March 30th, the company released a beta update that enables fTPM support on the Steam Deck, which also makes it possible to install Windows 11.

Probably the best reason to install Windows on a Steam Deck is that some PC games simply don’t work with Steam OS. Valve has done a lot of work to ensure that many of the most popular games in Steam will run on the company’s Linux-based operating system by encouraging developers to create native Linux versions of their games and by creating software that allows many unmodified Windows games to run on Linux even if the developers don’t port them to the platform.

But while many games have been verified to work well on the Steam Deck, and a handful of key game developers have confirmed that some of their titles will not run on Steam OS anytime soon. Fortnite isn’t compatible with the Steam Deck. Neither will Halo Infinite or Microsoft Flight Simulator X.

Installing Windows is a way to play those games, as well as many more, on a Steam Deck.

But not only does running Windows on the Steam Deck right now mean giving up on Steam OS (and the speakers and headphone jack), but Valve also notes that the company won’t provide any official software support for Steam Deck units running Windows, so you’re on your own once you install the operating system.

If you do install Windows on a Steam Deck, but later decide to return to Steam OS, you can just follow Valve’s recovery instructions to download a recovery image, flash it to a USB flash drive and then use that to re-install the Steam Deck’s default operating system.