Xiaomi may be in the business of developing its own smartphones, but the company’s Android-based software can also be installed on other devices… and now it’s possible to install the recently unveiled MIUI 7 ROM on 69 different devices.

The list of phones that you can install MIUI 7 on include the Samsung Galaxy S5, Google Nexus 5, Sony Xperia Z3, HTC One M8, and OnePlus One, just to name a few. 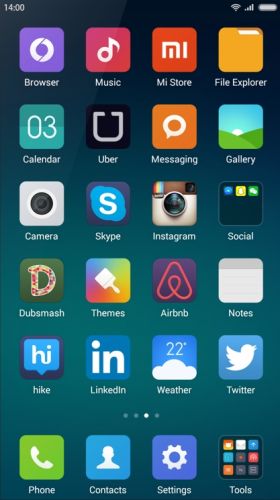 MIUI is a custom version of Google Android which includes a heavily skinned user interface. Thee lock screen, home screen, settings, and other elements of the operating system have been modified, and parts of the UI actually looks a bit more like iOS than Android (there’s no app drawer, since all your apps are shown on the home screen, and app icons are all the same size).

MIUI 7 includes a number of new features including a Child Mode option that lets you white-list apps your kids can use, an XXL text mode to make text easier to read in some apps, support for third-party themes developed using the new MUSE engine, and automatic creation of “baby albums,” using facial recognition to identify photos of your youngsters.

Note that while Xiaomi officially supports MIUI for its own products (such as the Redmi 2, Mi4, and Rednmi Note), the ROMS for third-party hardware are basically unofficial ports of the Chinese version of MIUI 7 that were created using a Patchrom tool.

In other words, don’t be surprised if some of the features don’t work perfectly. If you’re the sort of person who goes around flashing custom firmware on your Android phone, this should probably go without saying, but you’ll probably want to make a backup of your device before installing MIUI 7.