When the Raspberry Pi Foundation launched the RP2040 microcontroller earlier this year, the cheapest way to get your hands on one was to buy a $4 Raspberry Pi Pico board or a similar module powered by the MCU.

Now you can buy the microcontroller itself as a standalone product for just $1. You can find a list of places to buy one (or a bunch) at Raspberry Pi’s RP2040 website. 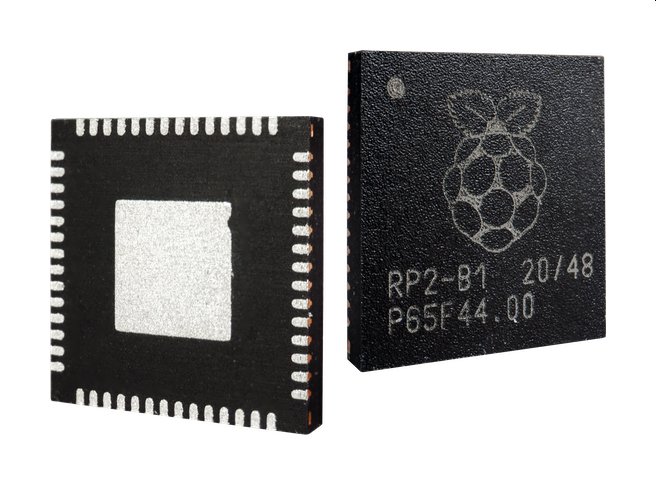 The microcontroller is a 40nm chip that features two 133 MHz ARM Cortex-M0+ CPU cores, 264KB of RAM, and hardware support for USB 1.1, UART, SPI, and I2C as well as a programmable input/output system that enables software support for things like SD cards and video output.

Of course, the chip on its own isn’t very useful unless it’s combined with some sort of printed circuit board so that you can supply power and connect hardware to the chip. But by selling the microcontroller as a standalone product, Raspberry Pi is making it easier for developers, hobbyists, and other advanced users to design their own hardware around the chip.

You can find software libraries (MicroPython, C, and C++), data sheets, and other documentation for the RP2040 at the Raspberry Pi website.