Panasonic is the first television maker to use Mozilla’s Firefox OS to power its smart TVs. And now you can buy one of those TVs… if you happen to be in Europe.

They should be available in additional markets within a few months. 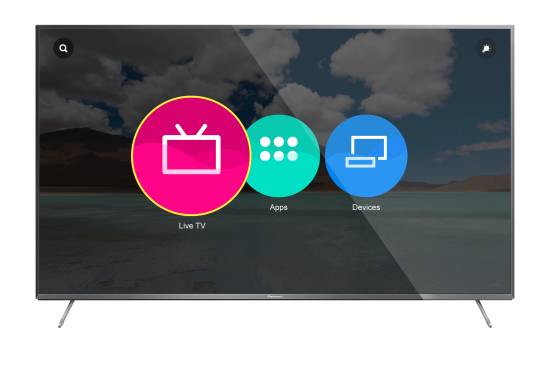 As the name suggests, Firefox OS is an operating system designed around the Firefox web browser — which means that it can render apps built with web technologies including HTML5 and JavaScript. The OS was originally developed for smartphones and tablets, but Mozilla and Panasonic have also made a version designed to run on big-screen TVs.

The TV user interface doesn’t look like a web browser or smartphone UI though. Instead, it uses a cards-and-decks style layout to let you navigate apps, devices, live TV, and other features.

There are already apps available for a number of popular internet video services including Netflix, Hulu, and YouTube. But while relying on HTML5 should make it relatively easy for web app developers to bring their services to Firefox OS, it’s still too early to say how many of those developers will actually do so: there’s an ever-growing number of smart TV platforms including Firefox OS, Android TV, Roku, Tizen, and Apple TV. While big names like Netflix will probably do their best to offer apps for each platform, don’t be surprised if some other providers take a wait-and-see approach before deciding which platforms are popular enough to prioritize.