Microsoft has released a number of updates to Windows 10 since launching the operating system in July, 2015. But up until now it hasn’t always been easy to know what features, bug fixes, or security improvements were included in each update.

That’s starting to change: Microsoft has launched a new Windows 10 update history page, where you can see the highlights of the latest releases, starting with the February 9th update. 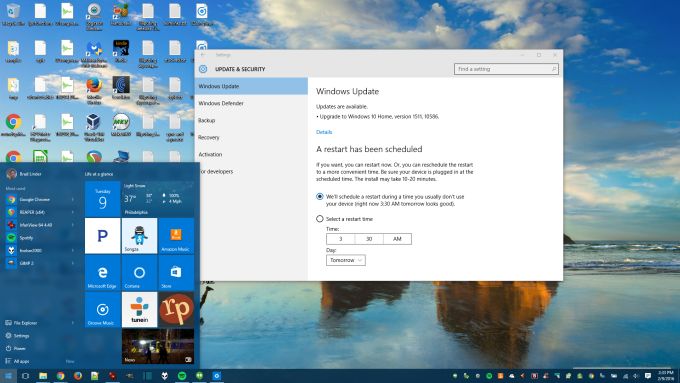 Microsoft is actually pushing updates for two different builds of Windows 10… one for the branch released in July, and another for the November Update.

All updates are cumulative, meaning that if you install the latest build, you’ll also get features included in previous Windows 10 updates.

The release notes for February 9th mention fixes for authentication, update installation, Microsoft Edge browser caching, and more. The increased transparency could help some advanced users figure out whether they want to install an update… or help figure out what went wrong after accepting an automatic update.

Of course, Microsoft doesn’t make it all that easy for everyone to do anything with this data. Windows 10 Pro, Enterprise, and Education users can postpone automatic updates, but if you have Windows 10 Home you have to jump through some hoops to essentially trick the operating system into not downloading updates automatically.