It’s been over a year since Google started selling Chromecast. The $35 device plugs into your TV and lets you use a phone, tablet, or desktop web browser as a remote control while streaming internet video from Netflix, Hulu Plus, YouTube, and many other services.

Shortly after the Chromecast launched, developers started trying to find ways to do new things with it — and last July the first security vulnerability was discovered that let users root the device. It didn’t take long for Google to push a software update that removed that capability.

A year later there’s now a new way to root a Chromecast. 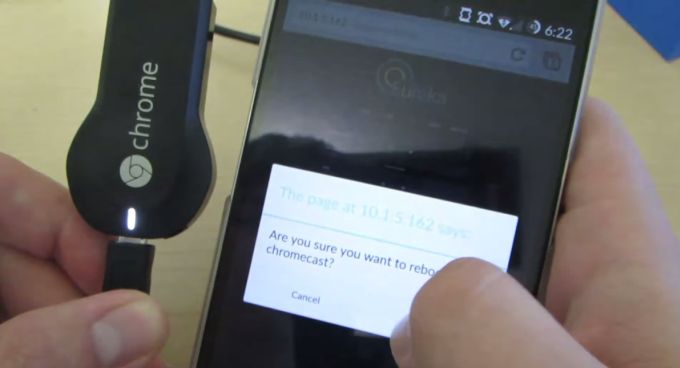 A group of developers has released a tool called HubCap which allows you to root a Chromecast running software build 17977 or earlier.

If you plan to root your Chromecast, you should probably do it pretty quickly: Google releases software updates for its media streaming device pretty regularly and it might not take long before the company pushes a patch for the security hole exploited by HubCap. And if you don’t have a rooted and modified Chromecast the only way to prevent it from downloading updates from Google automatically is to keep it turned off or disconnected from the internet.

Unfortunately this particular root method isn’t quite as simple as last year’s. You’ll need a Teensy or Teensy++ USB development board and a USB OTG cable.

16 replies on “Now you can root Google’s Chromecast (again)”